The Sodus Highway Department is a "total loss" following a fire on Saturday.

The fire started around 7:30 p.m. at the facility on Rotterdam Road. Nearly 15 departments from surrounding towns joined Sodus firefighters in knocking down flames — which took about two hours. 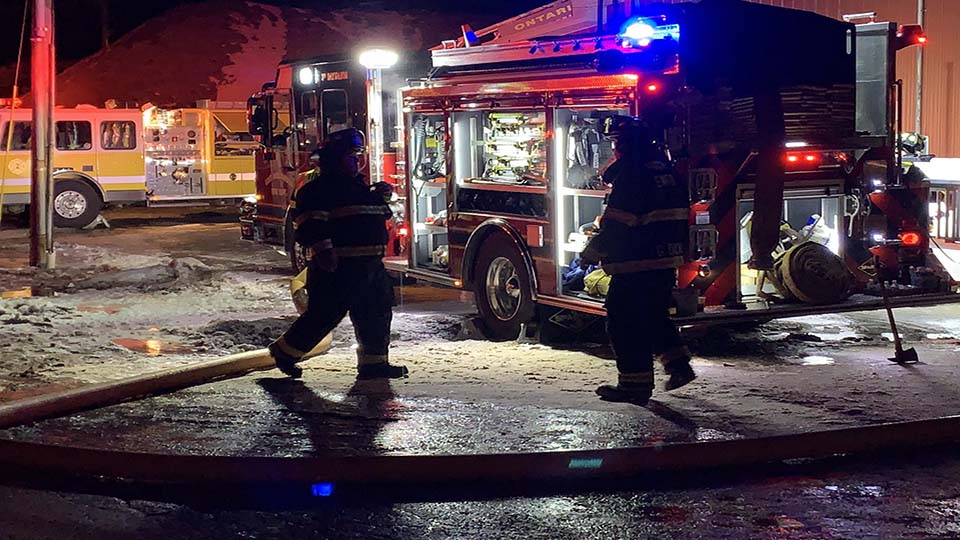 Town Supervisor Steve LeRoy says the fire appears to have started on the east side of the building where the town's seven trucks are located. He believes all of them were damaged or destroyed in the fire — that makes up the majority of the town's fleet of trucks.

LeRoy says he's already heard from neighboring towns — like Williamson, Palmyra, Arcadia — that are willing to loan out their equipment. Leroy believes the residents of Sodus shouldn't have to worry about their streets being plowed for the winter.

The fire comes just two weeks before Sdous Town supervisor elect Scott Johnson takes office. He plans to work with Leroy on what will be his first big challenge in office.

There is no word yet on what started the fire.