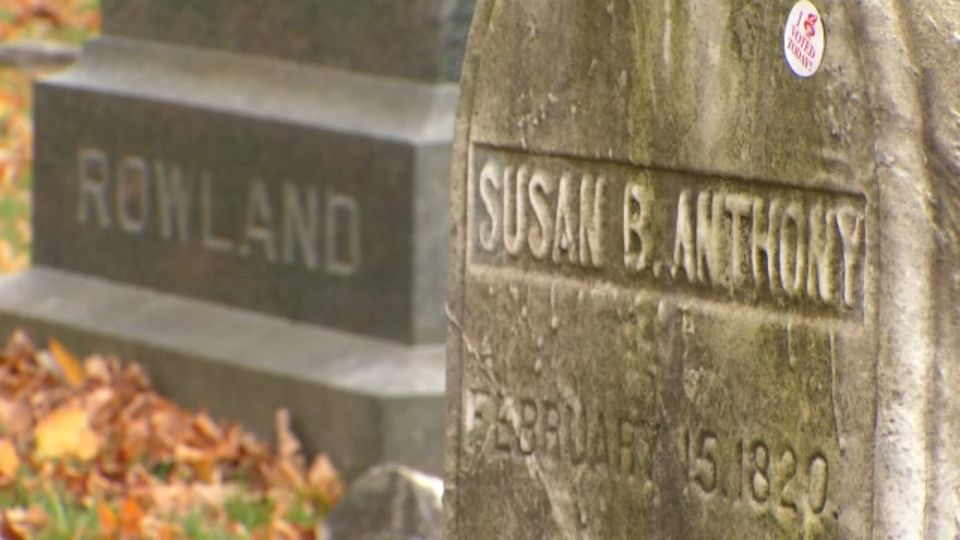 Could “I Voted” Stickers on Susan B. Anthony’s Grave Harm the Grave Stone?

Placing an "I voted" sticker on Susan B. Anthony's grave has become tradition for many, but some are worried about the long-term effects on the grave site.

Anthony is buried in Mount Hope Cemetery and her grave had nearly 10,000 visitors during the 2016 presidential election.

The president of the Susan B. Anthony Museum says all the glue on those stickers might become damaging to the grave stone.

She's asking people to refrain from the stickers and honor Anthony instead by voting.

"Susan B. Anthony said, 'When I'm gone, if there's a funeral, let there be no tears. Pass by, and get on with the work.' So, she would say to us, we can honor her best by showing up to vote and being engaged citizens," said House President of the National Susan B. Anthony Museum Deborah L. Hughes.

Next year marks the 100th anniversary of the 19th Amendment, which gave women the right to vote.