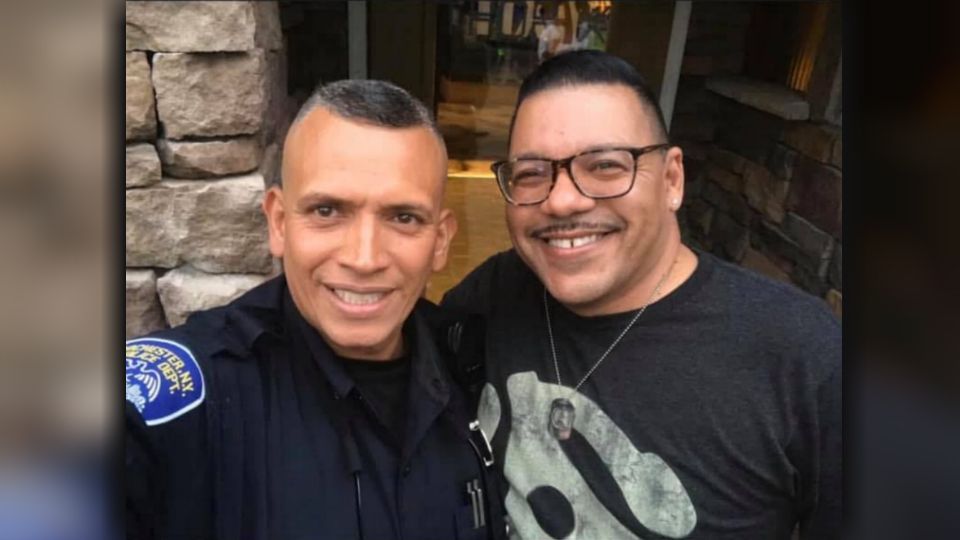 The 22-year veteran of the force is being remembered as the family man, known for his infectious smile and the impact he made on the community.

By night, Ortiz worked in the Clinton section of Rochester as a police officer. But by day, he was a volunteer working alongside the Hispanic Heritage Community.

Ray Mayoliz, Manager of Youth Outreach & Violence Prevention at the City of Rochester, said he and Manny have known each other for more than 30 years. Mayoliz said Manny wasn't just a friend, he was family.

“He will always be a brother from another mother for me,” Mayoliz said.

His sister Nancy spoke to her brother two to three times a day, mostly about the little stuff. She called him both mom and dad to his three children.

"Everyone should know that despite everything he did for the community, his family was also a big part."

Manuel Ortiz would be asked for autographs, not because of service, but because he looked like baseball star Alex Rodriguez. Ortiz would joke, "A-Rod looks like me."

His family said Ortiz would never miss a Michael Jackson lookalike contest. And the man could cook. He and his sister Nancy swapped recipes and competed in the kitchen.

"He would brag about my food and he would ask for pointers. The rice…he still has a hard time getting that texture,” she said.

Guided by a Catholic, Pentecostal upbringings, Ortiz seemingly did little else but serve. Elliot DeJesus watched it grow in him, from the time they were teens.

"I was like man, I wish I could be like you. I really do. And he said, you are, trust me. Okay, okay…but I wasn't. Not even close. Not even close,” DeJesus said.

Just weeks ago, the two brought leftover food from a Hispanic Heritage event to Rochester General Hospital for Officer Denny Wright and his family. After the attack on Wright, Ray said he and Manny talked about how precious life is and how soon they’d be living a life of retirement.

Mayoliz and Ortiz met in high school. His sister even asked Manny to prom. Mayoliz said Manny was a gentleman, family man, and selfless.

“His impact was immediate,” Mayoliz remembered. “Once he entered a room, his smile glistened. The way he carried himself with honor respect dignity…The integrity just bleeds through him. He’s a humble, honest person. Everyone felt that. He bleeds that, the blue, the honor. And I’m going to miss him.”

Ray said every day Manny would call his sisters because their bond was second to none. Now, he plans to be there for Ortiz’s family because he knows if the role was reversed, Manny would be there for his.