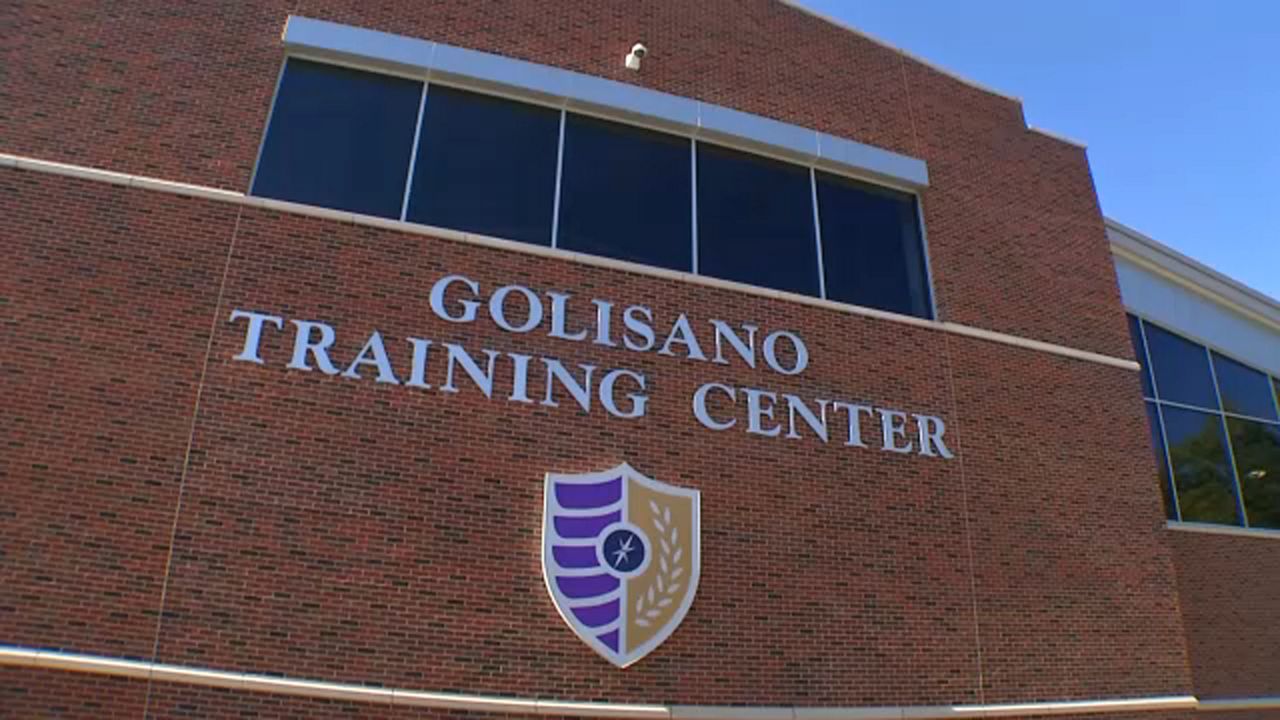 Nazareth College hosted a grand opening Monday for its multimillion dollar Golisano Training Center. It is an all-ability fitness and wellness facility, designed for athletes with intellectual disabilities to thrive.

The $23.5 million Golisano Training Center is a 108,000 square foot sports facility at Nazareth’s college campus. Big plans are in store to bring together the strengths of Nazareth College, Special Olympics and the Golisano Foundation.

The grand opening ceremony was a packed house as spectators took in the center’s basketball and tennis court for the first time. There is an indoor track and field, fitness and recreation center, and a competition space for Special Olympics athletes.

Athletes of all abilities will have the opportunity to play, train and excel; side by side.

Rochester philanthropist Tom Golisano says he is impressed with the sport facility’s debut.

“I came in here a week ago,” said Golisano. “Like most of you, I looked around with my mouth wide open. I couldn’t believe what they accomplished in this building; this facility.”

Daan Braveman, president of Nazareth College, says he is proud that his institution took the initiative and hopes to be an example for others.

“What we really decided to dream about was to create a facility of wellness and fitness for people with intellectual disabilities and really get involved with what Tim Shriver – CEO of Special Olympics – calls the inclusion revolution. Nazareth College wanted to take a lead," Braveman said.

Timothy Shriver shared his vision for the Golisano Training Center during the ceremony.

“We talk about an inclusion revolution,” said Shriver. “But our weapons are not swords and guns, they are soccer balls and tennis rackets. Our goal is not to destroy, overrun or subjugate others. It is to create a good deal for everyone.”

A Special Olympics athlete who is an avid team player for Unified Basketball, a team made of people with and without disabilities, says it changed his life. Jacob Booher-Babcock says he hopes to one day compete in the Special Olympics World Games.

"It's really cool,” said Booher-Babcock. “I can't believe how big this thing [Golisano Training Center] is, but it's huge. I'm trying to work the weight room; I'm trying to lift like LeBron does. Like all the other basketball players are trying. Try to get better each and every day, and that's all you can do."