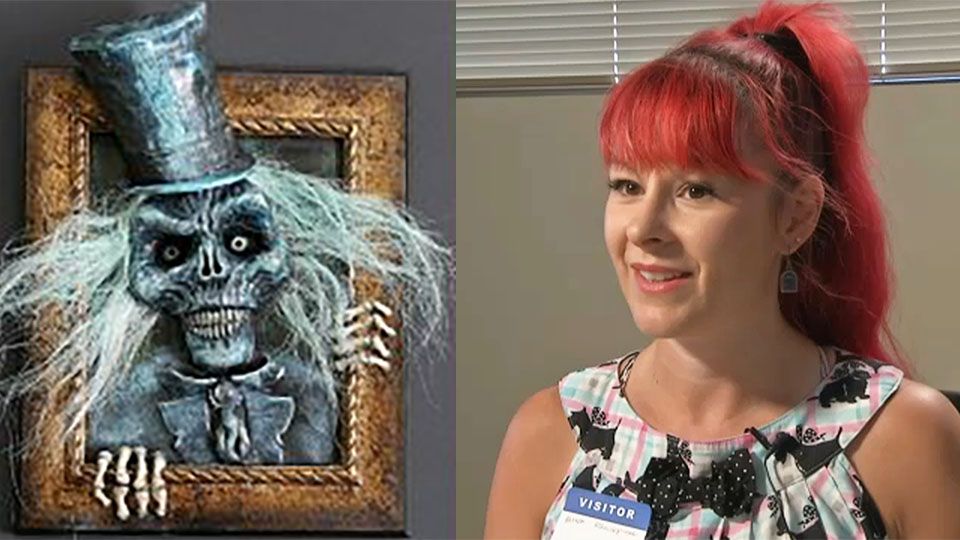 A local artist's work will be on display at Disneyland's biannual D23 fan convention in Anaheim, California.

Brenda Killackey-Jones, of Penfield, created the sculpture a prominent character from "The Haunted Mansion," her favorite ride at Disneyland Park. By employing some unique modeling techniques, she caught the eyes of a panel of Disney judges who selected her work to be featured out of hundreds of submissions.

"The character that I focused on was the Hatbox Ghost, which is one of the characters that was in the Haunted Mansion initially but then was removed during the previews because it didn't work properly," Jones said. "So it's kind of that spooky one that never got into the piece itself or the ride itself. What I tried to do was recreate it but using sculptural pieces make it look like it was coming out of a frame so the ghost itself is kind of coming out and emerging with it's hands that are kind of clutching on the edges of the frame itself."

Jones is an art teacher at Nazareth Elementary School. She's also a small business owner who specializes in mythical creature creations. You can find more of her work on Etsy and on her website.