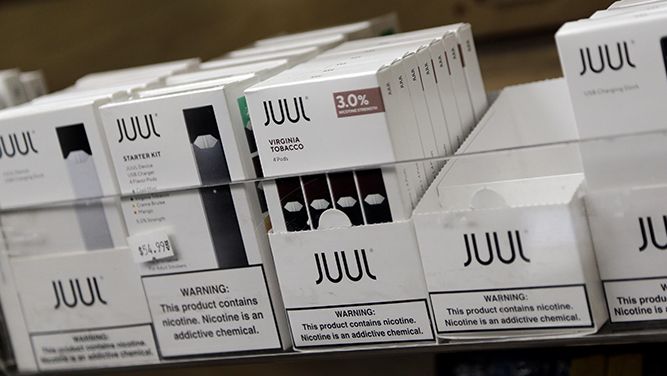 Governor Andrew Cuomo signed legislation on Tuesday to raise the minimum sales age for tobacco products and e-cigarettes from 18 to 21.

Despite e-cigarettes only being legal to adults age 18 and older, the state Department of Health says they have now surpassed cigarettes, cigars and smokeless tobacco to become the most commonly used tobacco product among high school youth.

"We cannot fulfill our goal to provide the world’s 1 billion adult smokers with a true alternative to combustible cigarettes, the number one cause of preventable death in this country, if youth-use continues unabated," said Burns.

"Tobacco 21 laws fight one of the largest contributors to this problem – sharing by legal-age peers – and they have been shown to dramatically reduce youth-use rates. That is why we are committed to working with lawmakers to enact these effective policies and hope more jurisdictions follow in New York’s example."

Dewey Ave. Smoke Shop employees say that e-cigarettes account for 15 to 20 percent of their business.

"I think they're (JUUL) in favor of any legislation that gets the government off their back because they're being singled out individually as a product that's getting into the hands of children," said sales associate Kevin Yost.

"They're the biggest, they'll survive this," said Dr. Scott McIntosh, a member of URMC's Smoking Research Program. "By supporting these types of bills they're going to be the main suppliers and their competition will die away. So it's a good business decision, not a public health decision on their part."

The legislation will take effect 120 days after becoming a law.