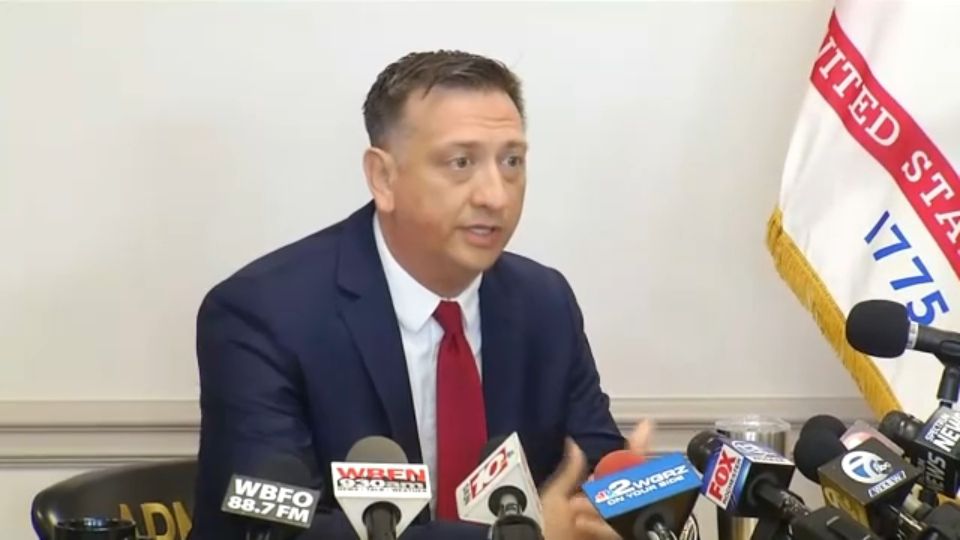 Bellavia: I Represent Every Iraq Vet With Medal of Honor Distinction

A Western New Yorker is receiving the nation's highest military honor, and he said he's representing every soldier who fought in Iraq.

David Bellavia discussed the honor Tuesday for the first time since the White House confirmed Monday he will receive the Medal of Honor.

In 2004, Bellavia's platoon was pinned down in Fallujah and most of his squad was trapped in a house.

He grabbed a weapon, ran in, and fought off enemy soldiers so his squad could escape.

But Bellavia said the public sometimes neglects Iraq veterans because the war was unpopular. He said regardless of a person’s view on the war, the veterans need to be honored for this commitment to their fellow soldiers and their country.

“All I’ve ever wanted was to serve my country,” said Bellavia, who spent two years in a recruiting position on a compassionate reassignment while his young son was receiving medical treatment at the old Children’s Hospital. “Whatever the army wants me to do, I’m forever grateful. They gave my life purpose and direction. I’m a better human being because of my service.”

Bellavia, who lost his father a year ago, recalled that his dad would send him letters with play-by-play details of the Bills games, as if he couldn’t learn scores while serving overseas. When possible, they spoke every day, and his dad would always say “way to go” during their conversations.

It wasn’t something anyone else ever said to Bellavia, until he was on the phone with the president.

“He said ‘good job David, way to go,’” Bellavia recalled. “I haven’t heard anyone say that to me but my father and it brought me right back down to earth. Maybe that’s what 70-year-old men say. To me, it was my dad saying that to me. It really touched my heart.”

Bellavia is the first living Iraq War veteran from Western New York to receive this award. He is a talk show host on WBEN radio and has written a book about his time in Iraq.