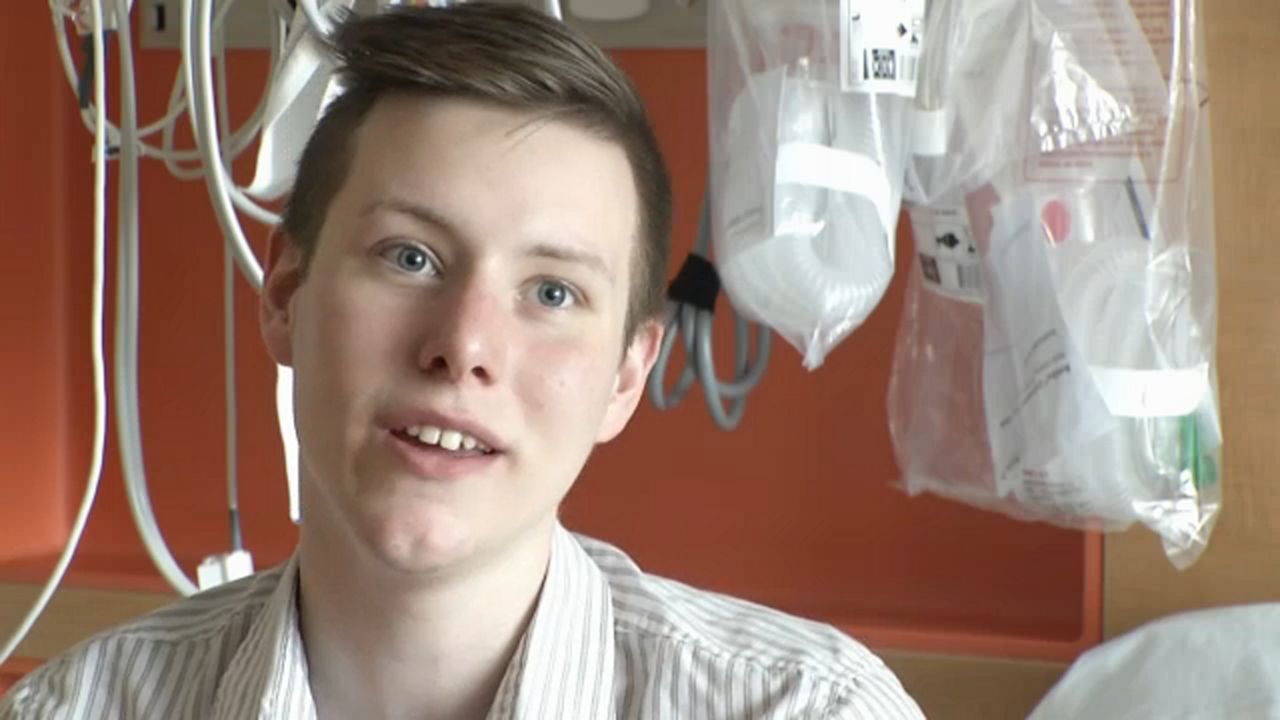 A message written on an upper floor window at the Golisano Children’s Hospital in Rochester called on someone to send pizza to a patient's room. Not long after, the small wish became a reality not once — but more than a dozen times.

Cole Favro was born with cystic fibrosis and has been in and out of the hospital his entire life. The Golisano Children’s Hospital became a second home – thanks to the nurses on staff.

"The hospital is awful and not fun to be in, but they make it great. They're so amazing and family," said Favro.

In December, he turned 18.  No longer a kid anymore, he'll soon be transferred to Highland Hospital. Or, as his nurse calls it, he’s graduated.

I am hanging out with this awesome kid at @URMed_GCH. Cole is 18 and moving to the adult hospital. He asked for pizza by painting his room window. He got ALOT of pizza! 2 sheets last night. 3 sheets this morning. 10 larges since I have been here. 5 more sheets coming @SPECNewsROC pic.twitter.com/8fzGUWzf5w

The message on the window was somewhat of a senior prank. It's certainly one that Favro and the hospital staff won't forget. "It feels really nice that there’s a community around, looking out for everybody and helping people in the hospital like me," Favro added.