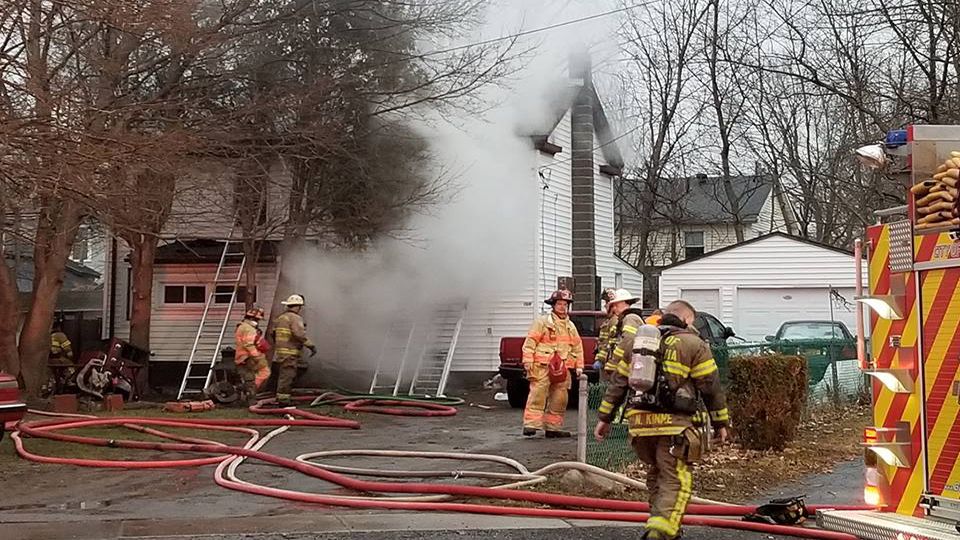 A Genesee County man is dead after being rescued from a house fire in Batavia.

“The flames, after a minute were coming out of that window like 10 to 12 feet out. It was starting to rage,” neighbor Russell Blumer said.

Blumer happened to step on his porch Saturday morning when his neighbor’s home went up in flames.

Firefighters arrived shortly after only to learn one of the eight residents was still trapped inside.

“Crews attempted to make entry where the conditions were untenable at the time," said Batavia Fire Department Captain Rober Fix. "We got some water on the fire they were able to make entry again a short time later and locate the victim.”

Firefighters pulled the victim from a second floor window and took him to a nearby hospital, where he later died. One dog was also killed in the fire, though two dogs and a cat were rescued.

Family members later identified the victim as John Robert Sherman, Sr. His sister, Samantha Griggs, says he was dedicated to his family, faith and job as the owner of Fishtales Restaurant in Batavia.

"My brother's smile would say it all," Griggs said. "You could tell when he was happy, he just had this quirky smile about him. His whole life was just an adventure, you know? One adventure to another."

Blumer didn’t know the Shermans, but says it’s a sad day in his neighborhood.

“Most people have had someone they know that’s been in some kind of fire, and it’s tragic every time,” Blumer said.

Firefighters say the fire was an accident, and started on the stove. The home has been declared a total loss.

“My prayers go out to the family and I hope they can salvage something of their belongings out of it when all is said and done,” Blumer said.

Family members are raising money for funeral expenses following a fatal fire in Batavia. You can make a donation on the family's GoFundMe.