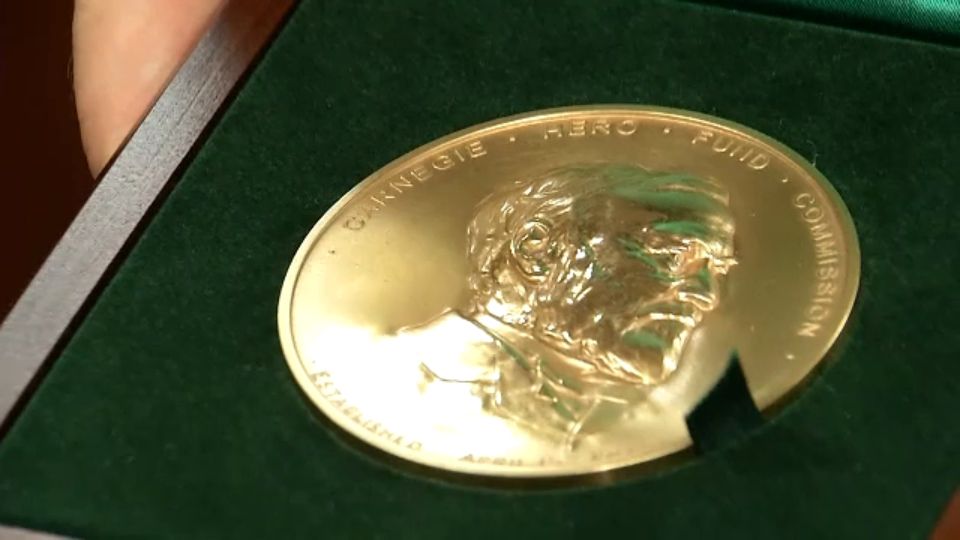 On August 19, 2017, two good Samaritans risked their lives jumping into Lake Ontario to save two young swimmers who found themselves in distress.

"To me there wasn't a decision to be made," said Philip Orzech of Connecticut. "Once I heard the boy crying I knew he was going to die and I had to jump in."

Orzech was able to pull one of the brothers to safety. Irondequoit native Jason Sigelow was able to save the other, but tragically, Sigelow died at a hospital shortly after.

"We lost the life of one of our residents and we're proud that he lived in this community," said Irondequoit Town Supervisor Dave Seeley. "But while we mourn that I think that it's important we celebrate these acts of heroism."

The Irondequoit Police Department also thought it was important for that heroism to be celebrated. They nominated Sigelow for the Carnegie Medal, an award given to civilians who voluntarily risk their lives to save the life of another. The Carnegie Hero Fund Commission determined both men to be worthy recipients.

"The real heroes are the people who don't work and get compensated for doing this, the people who risk their lives without any type of glory," said Irondequoit Police Captain Mark Bean. "To look around and see these people who took action before we could even get there, and risked their lives, is a humbling experience."

On Wednesday Orzech, along with Sigelow's family were presented the medal in front of friends, family and elected officials.

"I didn't know Jason, but I know what he did and what he was going through, this is what he'd want," said Orzech. "He'd want that outpouring of love from the community."