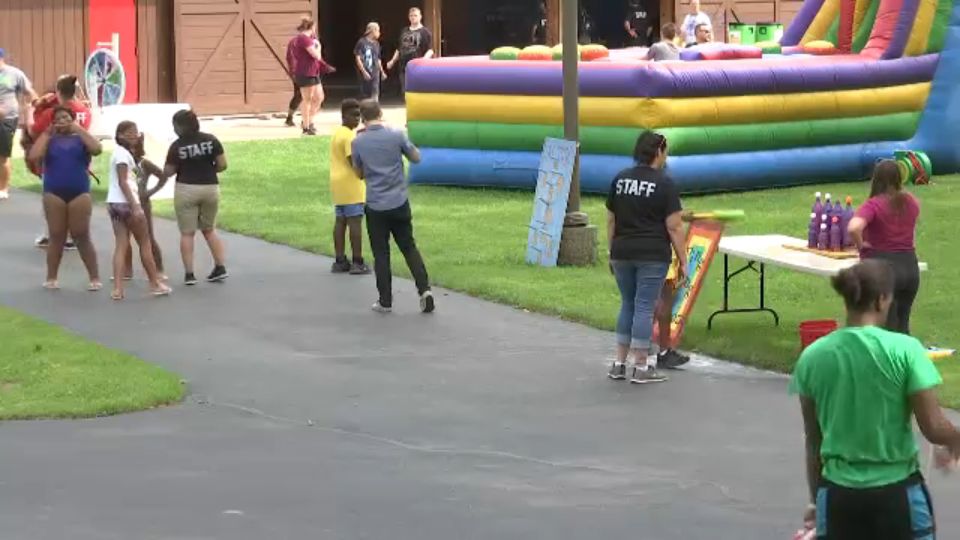 RUSH, N.Y. — Summer camp is a rite of passage for many, but not all kids get the chance to go.

Some first responders are looking to change that.

Each year, they host Camp Heroes, offering underserved children a chance to have an outdoor experience.

She says she looks forward to Camp Heroes every year.

“It’s a really fun camp," Kassidy said. "You make a lot of new friends and everything, it’s really a good place to be too.”

She especially loves the carnival that takes place on the first day, just like eight-year-old Dimanni Gibson, who is attending camp for the first time.

“It’s a good experience, because I’ve never been to a carnival before.” Dimanni said.

But it’s more than just a good time for the children who attend.

“They get to see us as ordinary people, not in our uniform, not with badges on," said Willie Jackson, Deputy Chief of the Rochester Fire Department. "Just as ordinary people who enjoy the same things they do, getting wet, fishing, whatever.”

Volunteers of America has partnered with Rochester first responders to put on the event at the Rotary Sunshine campus in Rush for four years now, allowing police officers, firefighters, EMS and 911 operators to interact one-on-one with the kids.

“It’s a time in our country with first responders can be controversial, and we want to show these guys in a different light to the kids,” Camp Director Rod Stedman said.

For the kids, it means the world.

“They’re taking the time to come out with us, and spend time with the kids," Kassidy said. "And some of these kids want to be firefighters and police officers.”

For the first responders, it’s just as rewarding.

“It’s great to see the kids’ faces light up, and experience something they wouldn’t otherwise get to do if it weren’t for the camp,” Jackson said.

Though it was only day one of four, some are already looking forward to next year.

“It was very great because I never went here last year, so next year I’m definitely going because I’m turning nine.” Dimanni said.