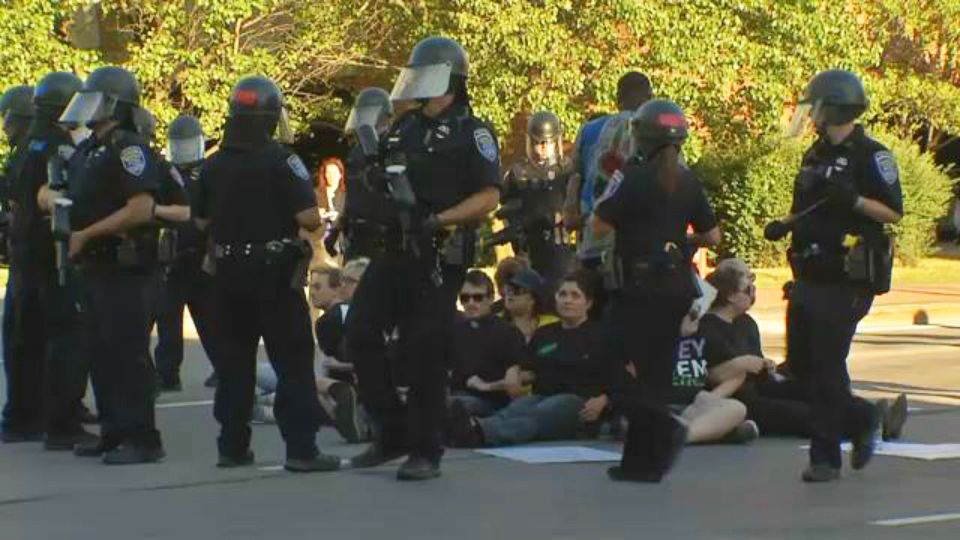 Clinton Avenue and Woodbury Boulevard were patrolled by dozens of officers as about 130 protesters filled the streets.

Following the march, 16 people were arrested after Rochester police say they were blocking an intersection.

#BLM | Throughout the country today #BlackLivesMatter rallies are taking place. One happening now in #Rochester. Demonstrators have matched through the city. @SPECNewsROC #ROC pic.twitter.com/Agl0d2whXz

One demonstrator said the work is not over, because the message should not only be received, but also implemented.

“All lives do matter, but specifically African-Americans are being shot and persecuted against and I feel like it should be changed,” said Byron Bounds of Rochester.

Each protester arrested was charged with disorderly conduct for obstructing traffic and refusing to comply with police orders to disperse.

Two years ago, there was a large Black Lives Matter protest in downtown that lasted hours. It resulted in dozens of protesters being detained and a strong criticism of the Rochester Police Department for using pepper spray and force.