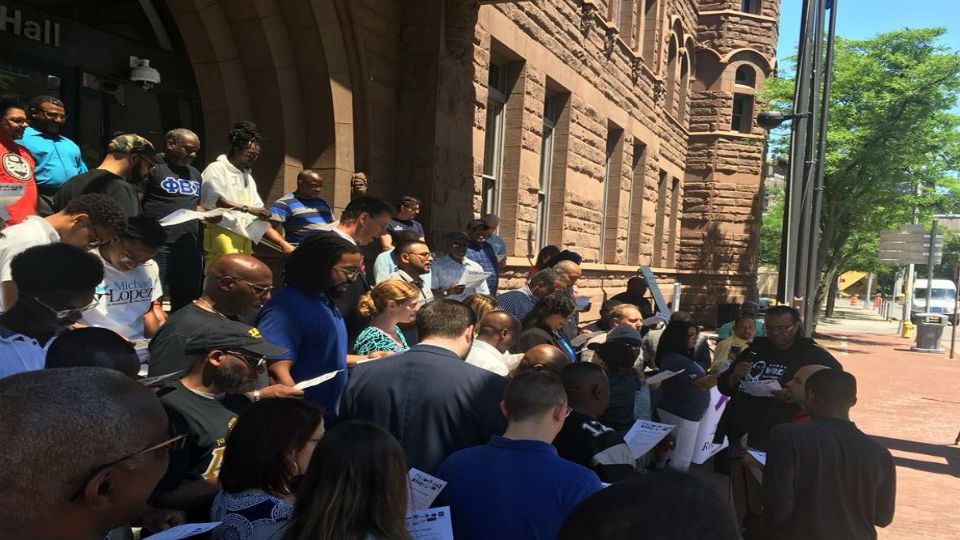 “This is our community coming together to stand against violence,” said Geena Cruz, co-organizer of the Father's Day Pledge event at City Hall.

“No matter the community we live in, no matter what our skin color is, we want peace and for people to co-exist in a peaceful world and show each other love,” said McFadden.

President of the Puerto Rican Festival and father of two young boys, Orlando Ortiz says deciding to take the vow to end violence will influence his children.

“It’s definitely something I want to pass down to my children and making sure that I’m there and they see me as a role model in terms of how to behave and how to treat others.”

Miguel Lopez, 19, said discussing the issues among community members is of vital importance.

“If you don’t talk about it and you don’t have these conversations, whether its violence or it’s a race issue or police brutality, these issues don’t get solved,” said Lopez. “It might seem like a lackluster first step but it’s a first step nonetheless and if you want to change these problems, talking about them and realizing there is a problem is always the first steps at solving them.”

The Father’s Day Pledge to end violence has been observed in over 55 cities.