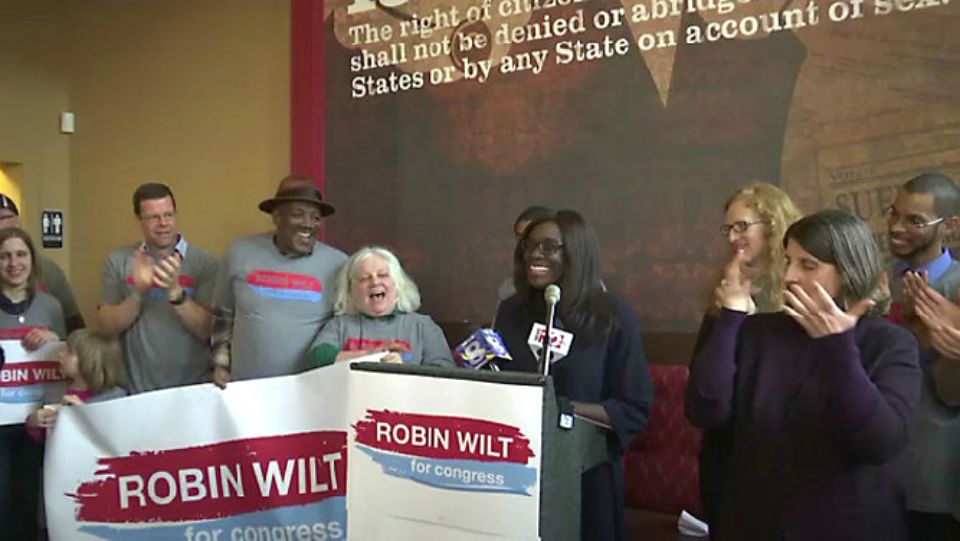 Brighton Town Board Member Robin Wilt announced her plans to fill the 25th Congressional District seat Monday at 1872 Café. Wilt is running as a Democrat and says she wants to continue the work of the late Louise Slaughter.

“Issues of equity, environmental and social justice, access to health care, and immigration reform and quality education for all of our children are at the core of human rights and at the very heart of Louise Slaughter’s progressive legacy that we must fight to protect,” said Wilt.

“Issues that matter to women and families are forgotten in Washington because women are drastically underrepresented in our government. I’m pursuing an office for which less than 20 percent of the legislative body is comprised of women, and that quite frankly is unacceptable,” she said.

“People have been very clear, voters have been very clear that they want choices in this election. The 25th District seat is very important to people in Rochester. Louise Slaughter was an icon and people want to be able to have a choice in who succeeds her,” said Barnhart.

Dr. Jim Maxwell is the only Republican running for the 25th seat, and will wait to see who his opponent is for November’s general election.

“I would say to Robin: ‘welcome.’ This is how democracy works. People step up and they enter the fray. They bring new and different perspectives and I welcome her entry. I’m sure she’ll bring a unique perspective,” said Maxwell.

Wilt and her fellow Democrats face off June 26 in the federal primary.