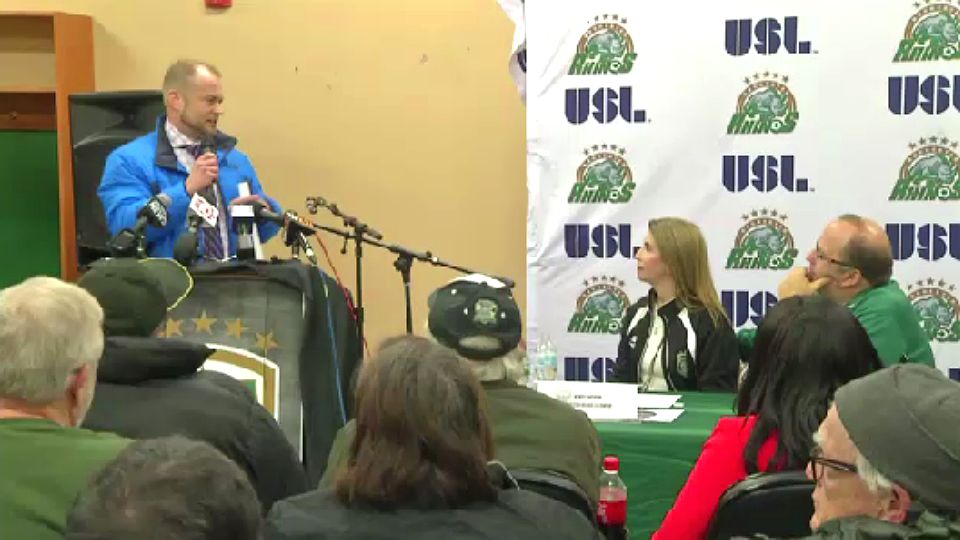 ROCHESTER, N.Y. — The Rochester Rhinos are not giving up on saving the club from forfeiting next season.

A community of supporters held a rally at Capelli Sport Stadium Tuesday night to help raise the much needed revenue the team needs to continue on.

“We're on edge just like everyone else is," said owner David Dworkin. "I mean we're manning the phones, we're making calls, we're going to meetings, we're asking all the right questions."

The USL team announced about two weeks ago that they need $1.3 million by November 30 or their entire season and franchise could be over. Without that money the club won't be able to secure contracts for a number of its players. According to ownership, jersey sponsorship has still not reach its $160,000, goal.

“We're pretty far away from our goal," Dworkin said. "We remain hopeful that over the next 48 hours whether it's potentially the hotel/motel tax or some other potential sponsors that those will come through and save the day."

The Rhinos also fell short of the season ticket goal this year. They are calling on fans who have not already done so to purchase season tickets. Every penny counts in their quest to keep the soccer team alive.

The Rochester Rhinos support about 400 full and part time jobs. The organization is still waiting until the final hours of November 30on a potential rescue from their financial crisis.