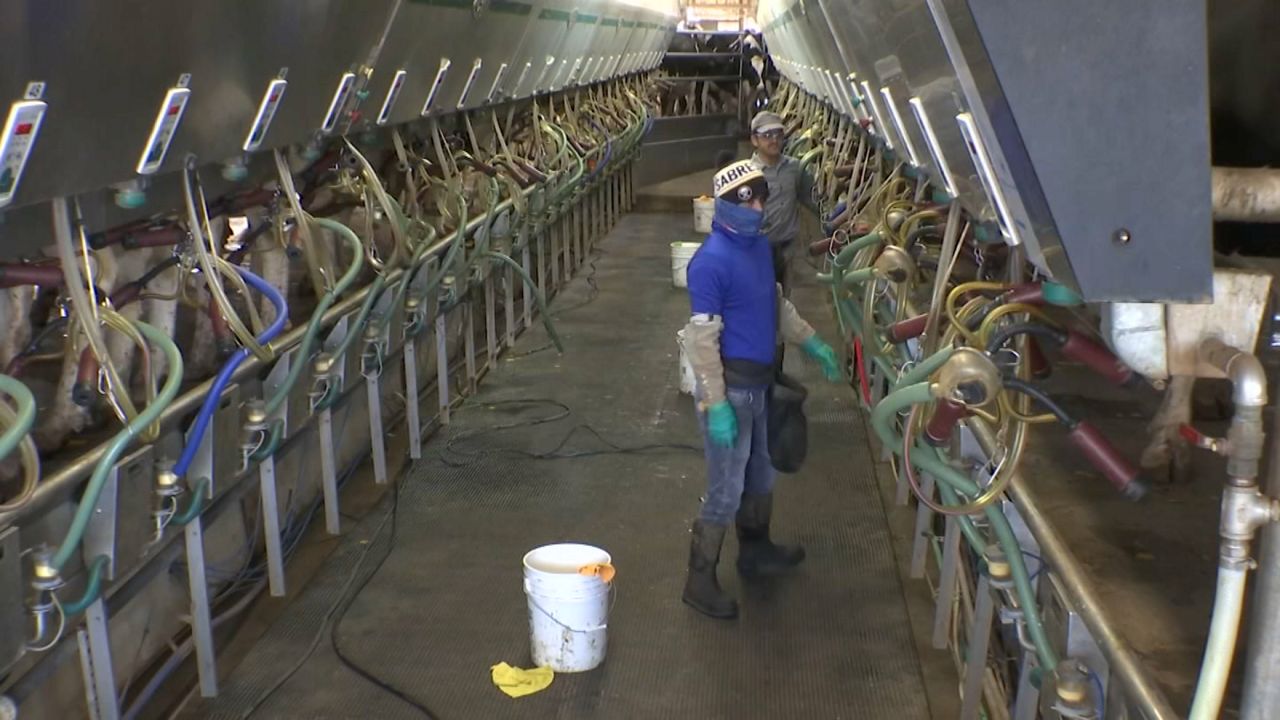 ALBION, N.Y. — In recent years, new tools have made work a little easier for farmers in New York. Things like robots, temperature sensors and GPS technology.

These advancements have made work more efficient, environmentally safe and even consumer friendly.

For example, farmers no longer have to apply water, fertilizers and pesticides across entire fields. Instead, they can target very specific areas or even treat individual plants differently. This leads to higher crop productivity and the decreased use of water and pesticides leads to lower food costs. There is also less runoff of chemicals into rivers and groundwater.

Technology is a big part of dairy farmer Jody Neal's operation. He was born into farming.

“The name of our farm is Orleans Poverty Hill Farm," he said. “Currently we’re milking about 570 cows.”

This wasn’t always his first choice.

“I graduated high school in ‘92 and went to Cornell University with the intent of never milking another cow in my life,” said Neal.

He thought he wanted to be a veterinarian. But dairy farming is in his blood.

“Being on the farm is a passion of mine," Neal said. "I’ve always enjoyed it, the projects, the tinkering.”

Tinkering and technology are a big part of what he does.

“This activity tag system, it’s like having a stethoscope on a cow 24 hours a day," said Neal. “I can tell the difference between her laying there chewing her cud versus being up there eating.”

Everything depends on technology. From lighting and feeding to the way manure is cleaned up, there’s an app for everything.

“One of the things we’re trying to do is how can we make people’s jobs easier on the farm," said Neal.

The one most responsible for the gadgets that help run the farm isn’t even on the farm right now.

Jayden is a robotics and mechanical engineering student at the Rochester Institute of Technology. Jayden developed an udder washer which helps prepare cows for milking. It took some time.

“A lot of trial and error," Jayden said. "I lost count of all the revisions we’ve gone through. This has been going on for several years though, and it’s a different device than when we started for sure.”

The neals have a patent for the udder washer. While these inventions are neat, they come with a purpose: to make the farm operate more efficiently.

“If you were a hard worker you could be a successful farmer," said Neal. "And my dad always said 'work smarter, not harder.' ”

Like his dad once thought, Jayden doesn’t see himself milking cows. His work makes the family farm work better.

“The interesting part is usually where we end up isn’t where we were headed to start with," said Neal.