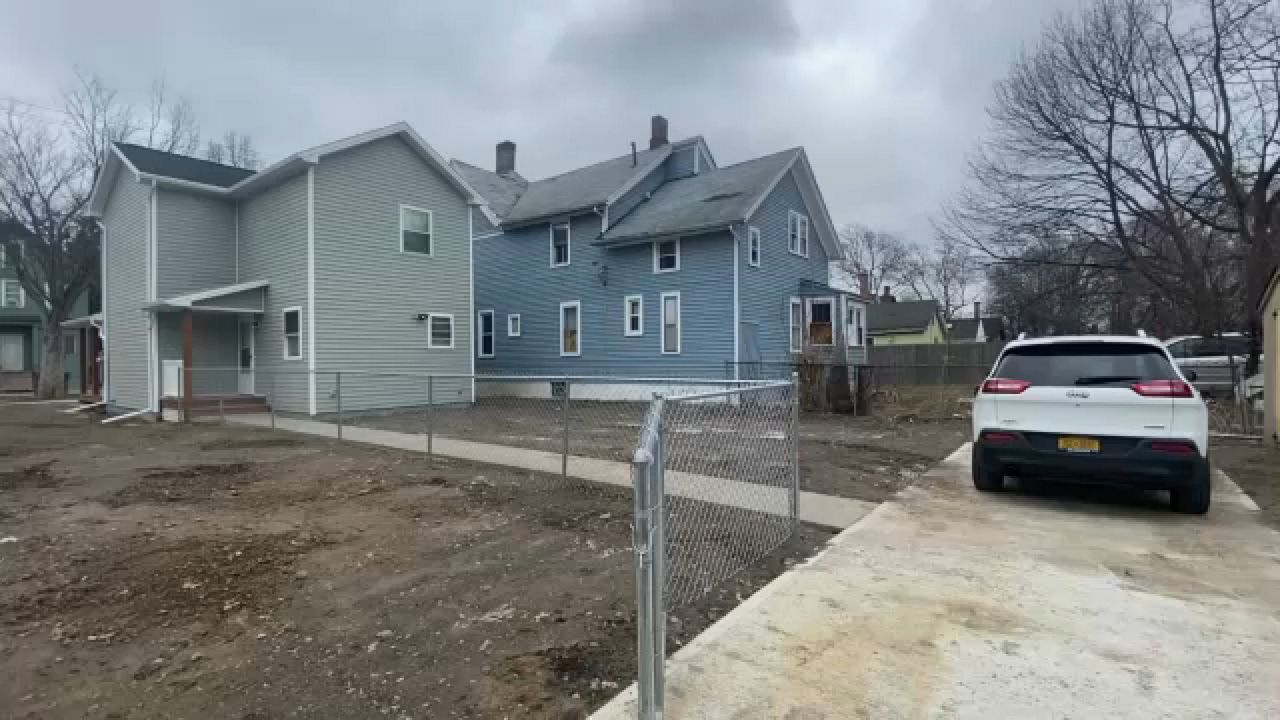 ROCHESTER, N.Y. — When Natasha Gomez set out to build her home, it was all for her kids. They were made speechless by the surprise.

"I want to leave something to my children, and why not start in a home where they can have their own?" said Gomez. "And in the end, when it’s time for me to go, they have a place that’s theirs they can share together.”

And though they were at school on move-in day, those feelings were still top of mind.

“A little overwhelming, a pride moment for myself," Gomez said. "A couple [of] years ago I didn’t think I’d be right here. But I’m here, I’m excited and just to see my kids happy makes me happy.”

Natasha's home is the 100th Habitat for Humanity build in the JOSANA neighborhood. It's a neighborhood that came together after the tragic death of 10-year-old Tyshaun Caldwell in 2001. He was killed by a stray bullet.

Visit the R-Center for Hope, which was named in Caldwell's honor, and anyone will tell you how the neighborhood has changed since then.

"It wasn’t like peaches and cream, not every rainbow on the other side," said Rey Casiano. "But from when I was a kid to now, you know what I mean? It went from we cannot be outside past the street lights to be home by 10 o’clock.”

Rey and his brother William are at the center almost every day playing basketball.

But both remember a time when that wasn't possible.

“Sometimes it would be not good kids up here doing good stuff," Rey said. "It [would] be bad kids at first. Eventually down the line, we saw a change, they fixed up our playground outside. They added more stuff to it.”

William says the Center for Hope lives up to its name.

"No matter what we do in the rec center, we’re safe," William said. "As long as we know we have rec staff looking after us. As long as you come here, you know when you go home you’re going to have a positive energy from coming here, and we’re all good.”

And Director Montina Langston says all that positive growth is thanks to, in part, the increase in homeownership.

"It gives the neighborhood a little more pride and ownership, and just being here and being part of the community," Langston said. "And the beautification of it speaks for itself.”

It has also had a positive impact on the kids who walk through her doors.

"They don’t litter anymore, they don’t do some of the things that you may have seen in the past," Langston said. "Without seeing this is my neighborhood, this is my home, this is where I live at. They didn’t have that ownership and pride in it. They have that now.”

It's something Gomez hopes for and dreams of for her kids.

"Just a better future," she said. "They’ll have some friends, meet some friends around here. And just have a community come together, and my kids be a part of it.”