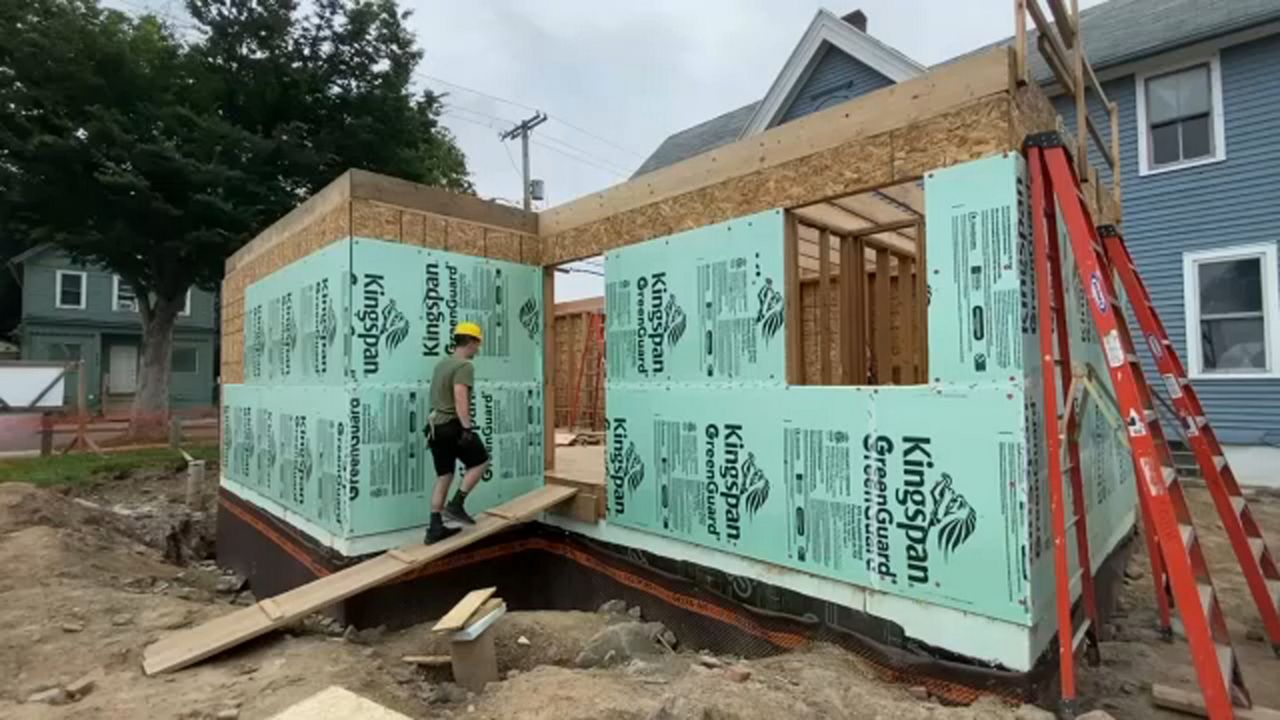 ROCHESTER, N.Y. — Flower City Habitat for Humanity is celebrating a huge milestone after fulfilling a promise made 10 years ago.

The organization is once again building in the JOSANA neighborhood of Rochester.

It’s not just a big deal for homeowner Natasha Gomez, but for the organization too.

"It’s a new beginning for me and my kids, a new start," Gomez said. "Just giving them something they will have in the future."

It’s their 100th home in the neighborhood, fulfilling a commitment made in 2011 to build 100 homes within half a mile of School No. 17.

"First the kids settle in school and their education outcomes change, their health outcomes change," said Matt Flanagan of Flower City Habitat. "We see that over and over again. But now you have that parent or parents who say this is our home, this is our community."

And while it may be their 100th in JOSANA, the first was built even before the commitment in 2007.

"It was tough, it wasn’t easy work," said homeowner Lissette Figueroa. "But we got through it. I had a lot of friends, coworkers come out to help. All the volunteers."

Figueroa has now been here for nearly 15 years and says it has been a refuge, especially working from home during the pandemic.

"My house is everything to me," she said. "When I walk in through those doors, this is my sanctuary. This is where I raised my kids."

Two of her three children are now grown up and gone.

"I wanted them to see that if I could reach a goal, this girl from Brooklyn owning her own home, that they could reach any goal they wanted to reach," said Figueroa.

She says it’s been nice to see her neighborhood grow up too.

"I drive by sometimes and I see new houses going up and it puts a smile on my face and makes me feel good," she added. "Because I know the journey they’ve been on, I was on that same journey."

And for the sake of her city, she hopes the growth never stops.