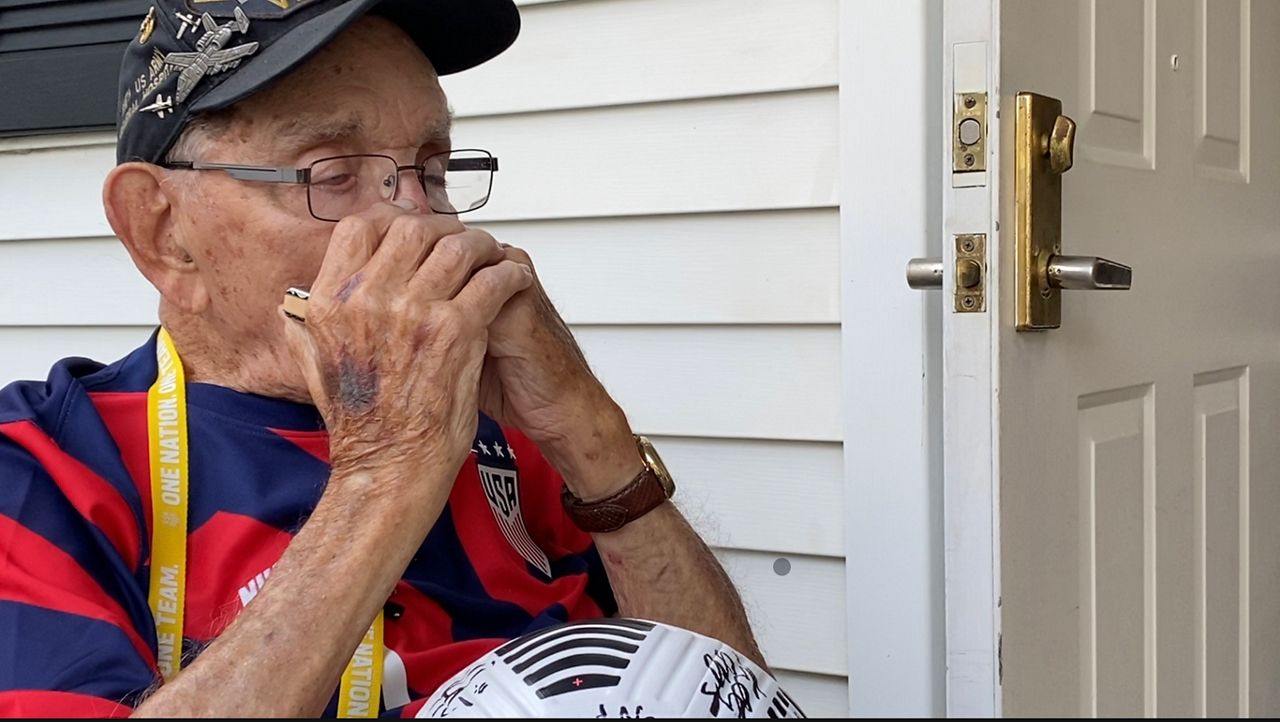 FAIRPORT, N.Y. — A Fairport World War II veteran known for his harmonica skills helped send off the U.S. women’s soccer team Monday night, after a hold on performing due to the pandemic.

Many in Rochester know of “Harmonica Pete” DuPre, the World War II veteran who has performed all around the world.

The 98-year-old DuPre wasn’t able to do much performing during the pandemic. And though he missed it, he tried to stay positive.

“I don't let things bother me, I truly don’t,” he said. “So this one we can’t have now, but we will be having it, it will return.”

And sure enough, those opportunities did return.

He even came home with a signed soccer ball from the team.

Requests for performances keep coming in, so this is only the beginning. He’s ready to make up for lost time.