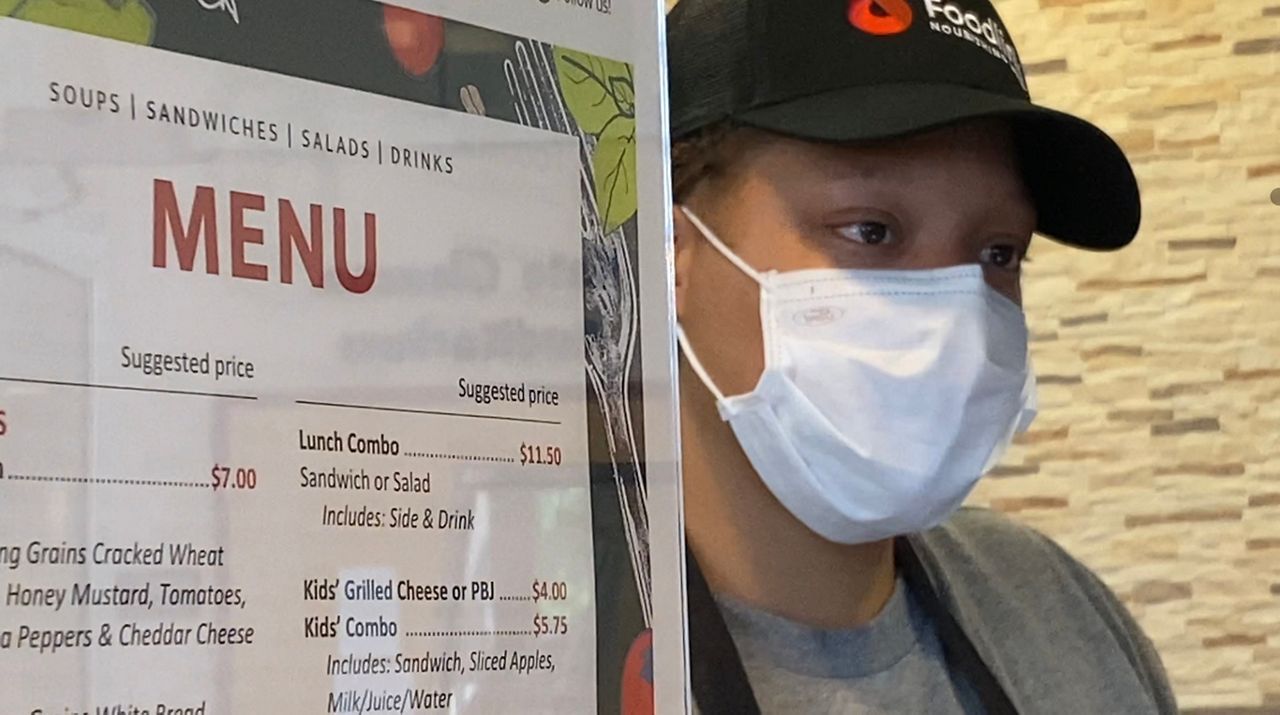 ROCHESTER, N.Y. — Foodlink has opened up a “pay-what-you-can” café in downtown Rochester to combat food insecurity in the area, and it’s operated by its career fellowship program.

A new café has opened up in the Central Library off South Avenue, and it is pay-what-you-can.

“I see folks that need help all the time,” Todd Cranston of Pittsford said. “And it’s nice to be able to say, ‘hey, you can go into Foodlink and get yourself a sandwich. I just bought one for you.”’

The café was opened by Foodlink to tackle food insecurity, which has risen by 25% in the area due to the pandemic.

“If I was in their shoes, I would want to be able to come to a place like this and get a meal. So I think it’s very important,” said Charnel Council, one of the Foodlink career fellows that helps run the cafe.

The one-year apprenticeship program helps its fellows learn about the food industry. Charnel enrolled because she wants to be a chef one day.

“People love food,” Council said. “You know, they need it every day. So if you make something for them that’s delicious, then they’re going to come back and get more.”

She was inspired by her mom’s home cooking growing up.

“When I got older I wanted to provide the same thing for my family, and also for my friends,” Council said. “So I wanted to, you know, expand my horizons with cooking.”

In a couple months, she’ll get an internship through the program with a local food establishment like Wegmans or Black and Blue Steak and Crab. And once she graduates, she hopes to use what she learned to pay it forward.

“I want to, you know, just because I take care, I want to be creative in my life and help someone else out,” Council said.

Foodlink is currently recruiting for its next fellowship class, and those interested in the process can click here.