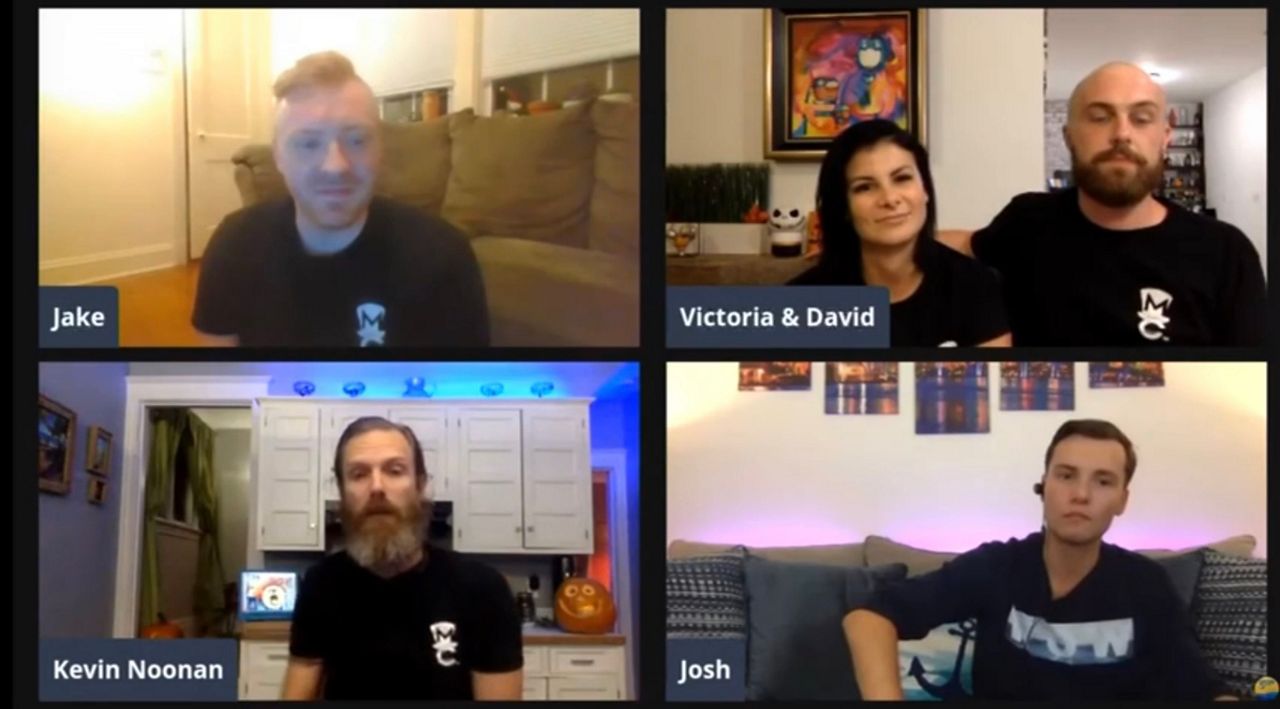 BATAVIA, N.Y. — The COVID-19 pandemic has hit few industries harder than cruise lines. So a Batavia man took his skill set from years on working on cruise ships to adapt it our current reality.

If it’s not obvious by now, the way entertainment is sought after has changed because of pandemic.

The downside was obvious for Kevin Noonan, a Batavia native, who was a manager of entertainment operations on a cruise line.

“I was basically in charge of talent. I scheduled them. I oversaw the product on board, as well. So I had a lot of very talented people who had no one to entertain,” said Noonan.

The days of performing in front of large crowds are behind us for now, but Noonan realized the audience wasn’t gone, they were just somewhere else.

This led to the creation of the Majestic Circus, a new company founded by the Batavia native with a few of his colleagues.

It’s a virtual game show led by ring masters that were cruiseline entertainers pre-pandemic, where up to four to 16 players can enjoy safe competition at home.

The concept was a natural fit for Noonan.

“We are able to do that because we were the ones that created all of the experiences for the cruise ships,” said Noonan.

Noonan explains Majestic Circus has multiple games such as “KNOW IT” which is trivia based game, “GET IT,” a scavenger hunt, and “PARTNER UP,” where knowledge of your teammate is the key to win.

“We are definitely excited to bringing joy to people’s lives every day and our goal is to continue doing that. This isn’t just a flash in the pan sort of company. We think a lot of the behaviors and things people are doing now will continue,” said Noonan.

It doesn’t matter whether on a cruise ship or at home, Noonan believes distance should never be the reason. You can’t have a good game night with your friends and family.

For more information on to book your own virtual game night with the Majestic Circus, click here.