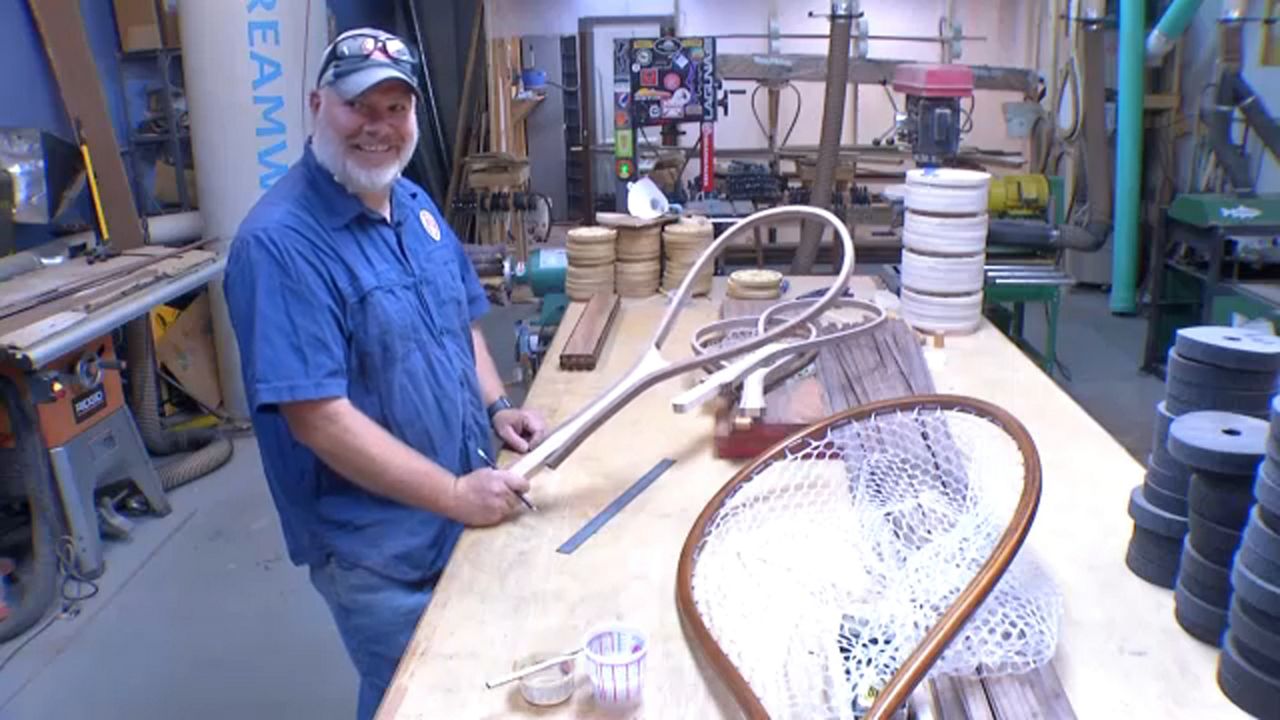 Honeoye Man's Homemade Fishing Nets Are a Hit With Sportsmen

Getting away from it all isn't easy these days.

Leif Mermagen just makes it look like it is.

"Here we are in nature. One thing I say, 'trout don't live in ugly places,'" he said.

"I've been a salesman for as long as I can remember. And I'm good at it but it's worn me a little thin."

Leif fell for fly fishing and found a new groove.

"Just come in here. Relax. Do my thing. Make things I dig."

"My father was one of those guys who figured, 'why buy it when you can make it yourself?'"

Leaf builds every one of his "Streamwalker" nets. The kind of handcrafted outdoor gear sportsmen take everywhere.

"With the advent of social media, they can tag Streamwalker nets and I get to see pictures of my cool nets out in the wild doing really amazing things and trips that I may never get a chance to do."

And like most anglers who catch and release the unworthy, he won't sell a net with a flaw, even though plenty want them.

"Like this one. It's sittin' here. It's never gonna get outta here. There's a gap in it. There's something wrong with it somewhere. I don't know where. But, it goes in the scrap bin," Leif laughed.

Because like fly fishing, the art of the net is more important than what it catches.

And plenty leave. Leif makes them to order. No mass production here.

"But it's really, really surreal to see people taking things that I've made, all around the world and catching fun fish in these little nets."

They capture memories and bring peace of mind, wherever they find the water.

"It just feels good to create things. Anything, really."