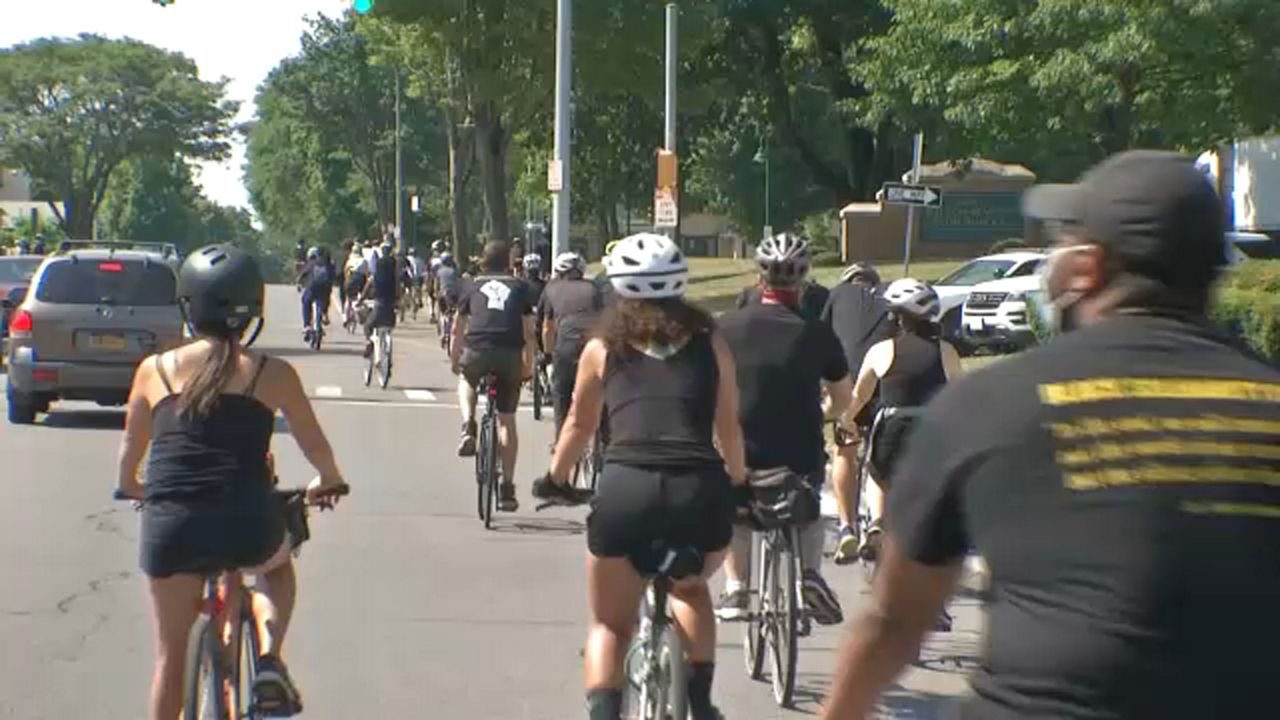 The ROC Freedom Riders are biking to a Frederick Douglass statue and other locations around the city to show their support for the Black Lives Matter movement on Independence Day.

Riders are wearing all black to celebrate Black history and culture.

The ride pays respect to a famous speech Frederick Douglass gave advocating for an end to slavery.

"For Black people, we didn't have independence or freedom because people were still enslaved," said Rashad Smith, co-founder of ROC Freedom Riders. "And so it was important for us to be able to talk about those issues on the day where it is popular to celebrate a holiday that really didn't mean anything to the black culture."

"To celebrate his separation and independence from Great Britain is not really anything for us," Devin Anglin, co-founder of ROC Freedom Riders said. "Our freedom came 1865. June 19. Not 1775."

ROC Freedom Riders are also calling for people to take part in Blackout Day 2020 on Tuesday.

It's an online movement calling for people of color and supporters to buy from Black-owned businesses only and avoid purchases from elsewhere to show the impact the Black community has on the U.S. economy.