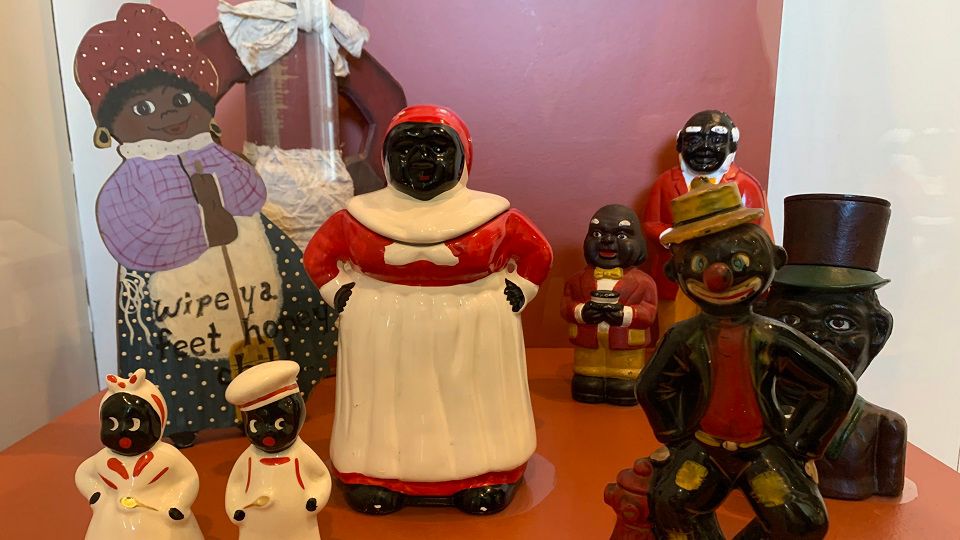 Spectrum News looked into the dark history of racial images and brands after two major corporations announced they would get rid of the Aunt Jemima and Uncle Ben’s images because of racial stereotypes.

Dr. William Turner, an Assistant Professor of African and African American History at The College at Brockport said, “those images are connected to slavery and specifically to Jim Crow."

The professors added, “all of these caricatures that you look at on these food products would have been the type of the ideal slave who was servile, loyal to White people, and would protect the status quo at all cost – gives us the idea that slavery and racism are beneficial and that people are happy to be oppressed,” said Dr. Turner.

The Rochester Museum and Science Center has a display dedicated to these kinds of images and their connection to racism.

“From the museum perspective, we take these objects in and we display them as we are Mister Belton’s collection, to open up the opportunity to talk about how racist objects and artifacts can hurt,” said Hillary Olson, President and CEO of the Rochester Museum and Science Center.

“They were caricatures of African Americans used to entertain White folks, also used as propaganda to condition both White and Blacks to accept servitude, to extoll the virtues of slavery and to keep people in their places racially if you will,” said Dr. William Turner.

The racist images are not just used in branding, but have appeared in public places in Rochester.

In 2016, Pickaninny Art was removed from the Dentzel Carousel at Ontario Beach Park.

Howard Eagle, a member of the Faith Community Alliance & Take it Down Planning Committee Coalition said, “It was also a time when racial issues were escalating in this nation, and people were protesting in the streets and talking about taking down statues and so forth around the country and someone brought it to our attention that we have our own racist object here in Rochester.”

Eagle says the push to take down the racist imagery was met with resistance.

“People had this idea that we wanted to destroy history and we were thinking just the opposite, that this represents something that we can use as a teaching tool to help teach people about racism,” said Eagle.

The panel is now on display at the Rochester Museum and Science Center with context about the image.

“We want to be able to open up that conversation so you can really take a look at it, we’re not hiding it, we’re bringing it into the light, but in the context of understand how people can feel and see, and experience racism everyday throughout just the images,” said Olson.

Dr. Turner says companies and organizations are finally addressing these images because of the current climate - and a younger generation fed up with overt racism.

“It’s not going to be economically expedient for companies to hold on to these racism caricatures, so there’s this economic motive to do the right thing if you will,” said Dr. Turner.

The experts we talked to say the corporate logo changes are symbolic, while the biggest task is combating institutional and systematic racism.