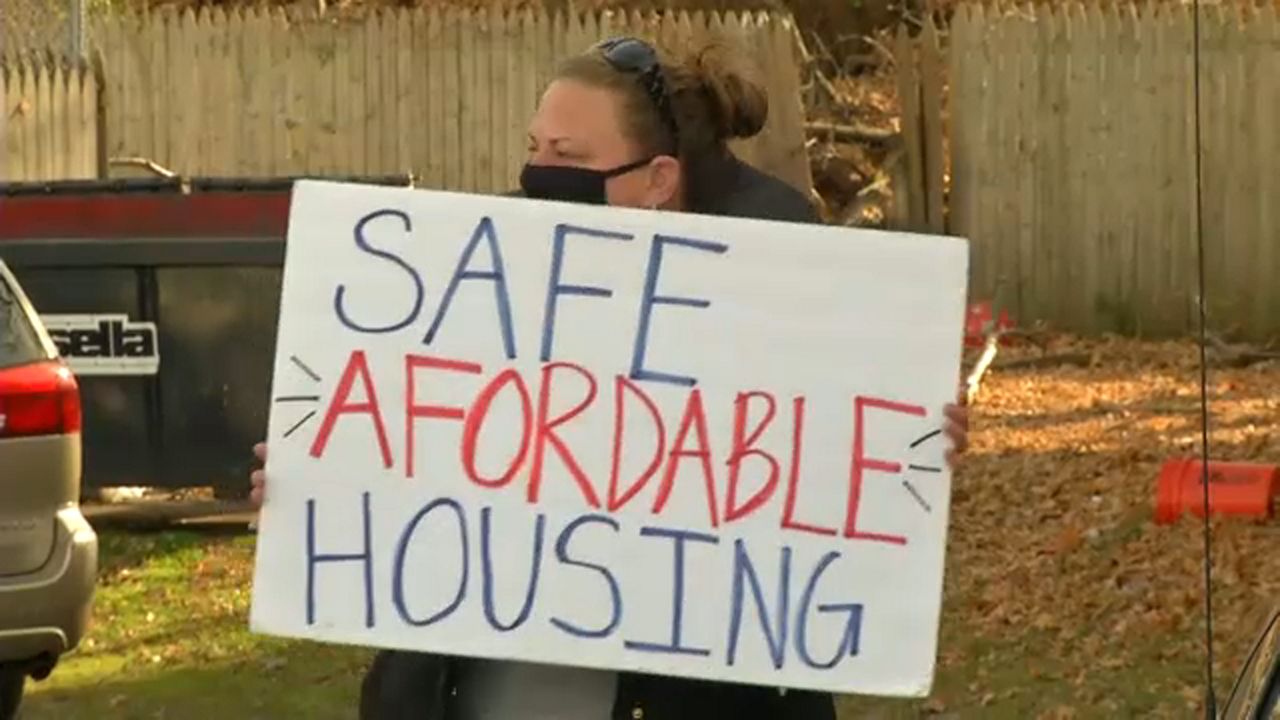 ROCHESTER, N.Y. — As the pandemic worsens, calls are being made from tenant advocacy groups to ensure people keep a roof over their heads this winter.

The Rochester Housing Justice Alliance held a rally outside Chris Green's home, a man who was almost evicted by Marshals this week.

The group says Governor Cuomo made misleading statements last month when he said all evictions were paused until January 1.

The Housing Justice Alliance says it was just an extension of the tenant Safe Harbor Act, which allows tenants to remain in their homes if they can prove they lost income due to COVID-19.

The group is calling on Mayor Lovely Warren to issue an executive order enacting an immediate eviction moratorium in the city.