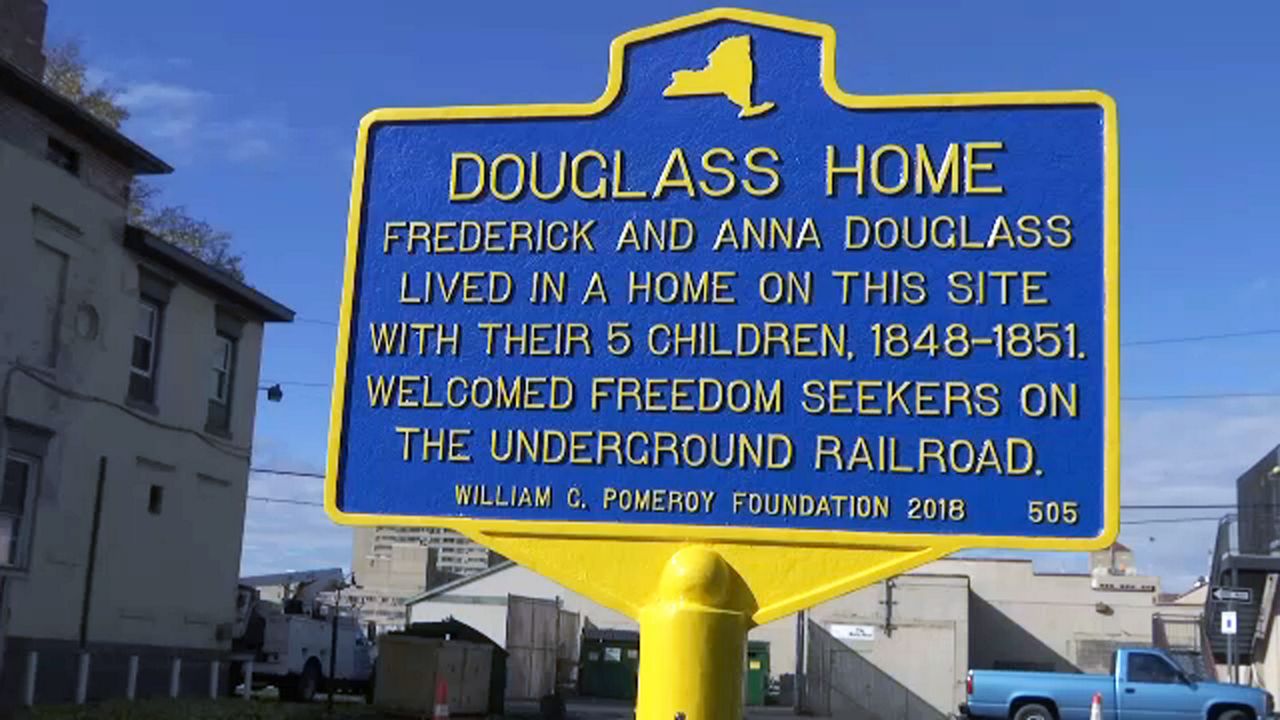 A small parking lot on Alexander Street is seeing a lot of traffic this week; only vehicles aren’t the main visitors.

The lot is all that remains of Fredrick Douglass’ first home in Rochester. The two-story home, which was located at 297 Alexander Street, burned down in 1954. However, city leaders gathered at the site on Monday recognize it with a historic marker.

It was a moment that Douglass’ descendants like Jacqueline Sprague and Catherine Dexter have waited their entire lives to witness.

“We want Rochester to be the center of the Frederick Douglass legacy because of the 25 years he has lived here,” Sprague said.

Dexter said her father would be proud.

“As children he would tell us all the time about our relationship to Frederick Douglass,” said Dexter.

During the unveiling, the Douglass family awarded a special plaque to Hinda Mandell and Dr. Emily Morry. The two historians wrote a letter to the Pomeroy Foundation asking to fund the marker.

“I’ve never been a part of something like this before. It’s an incredibly humbling experience and I think hundreds of years down the road this plaque is still going to be there so it’s longevity is amazing," said Mandell.

The home is also being remembered as a hub where esteemed abolitionist and his wife worked to eliminate slavery.

“He would also use it for the purpose of being able to have the abolitionist that worked with him to come and have meetings with him together,” said Mandell.

The marker and statues of the abolitionist up across city continue to celebrate the bicentennial of Fredrick Douglass' life in Rochester.