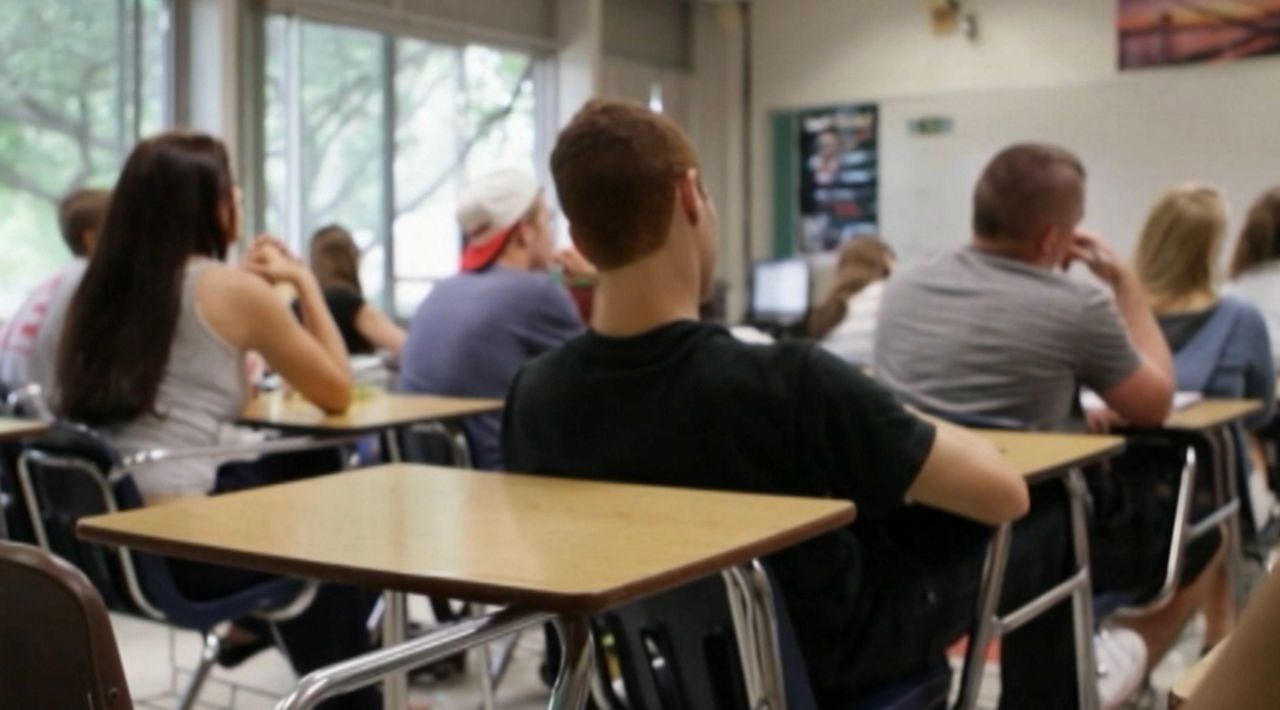 We previously introduced you to Angelina Mistretta and her mother, Wendy, who were concerned that students doing completion work during the pandemic could affect their readiness for their post-secondary education. In Buffalo, the 2019 graduation rate was 65%, and in 2020 that graduation rate increased to 76%, an 11% increase overall.

"What goes through my head is that we really need to consider our regents requirements. Because the 11% jump in one year could did not happen in a vacuum. I mean there was, there was a reason that there has never ever gone up that much in a year. So there had to been we know that there were extenuating circumstances," Wendy Mistretta, Buffalo Public Schools Parent Coordinating Council president, said.

In 2021, that rate increased to 79%. Dr. Shaun Nelms, director for the Center for Urban Education Success at the University of Rochester’s Warner School, believes the increased graduation rates during the pandemic are due to students performing based on the criteria that were given, being taught holistically.

"But I do think that there are kids who historically may not have been able to pass a regents exam, who are gifted and talented and nice, but may not be the best test takers, and they go on to do great things and I think what COVID has shown us that perhaps the over reliance and focus on assessments, has a lot, has forced us to ignore a group of kids who are intelligent, who have great value in this community, but perhaps did not meet the standard of what traditional schooling suggests it should be," Dr. Nelms said.

University at Buffalo Educational Leadership and Policy Department Chair Nathan Daun-Barnett says there are three groups of students who benefitted from the exemptions.

"Think about the ninth graders who just came in. Three of the courses are likely going to be completed in that first year of high school. And those three courses would have been waived. The next group that would have benefited would have been sort of the seniors who had completed all their other requirements that were missing an exam, particularly one of the math or science assessments that they needed in order to graduate. The third group would be those who completed those other requirements, got to the ELA, and maybe the ELA wasn’t their strength. They would have gotten credit for that exam, assuming they would have passed the class," Daun-Barnett said.

But Daun-Barnett doesn’t believe exempting students from the regents exams did a whole lot in the general scheme of things. He says exemptions could have impacted 12th graders' ability to get an advanced regents diploma, but any potential impacts won’t be noticed right away.

"We probably won’t see a lot of the effect until two or three years down the road when that cohort who would have taken the exams for the first time are moving their way through the system and completing the rest of the requirements for the regents diploma," Daun-Barnett said.

Dr. Nelms says through all the discussions about graduation rates and authenticity, people have to remember that the state was clear about maintaining the standard, doing the work and being ethical.

"I do think it's fair for people to question performance when it looks so different from what they may have experienced in their own schooling. And that doesn't mean again that anything was was fraudulent in nature. It just means that there are questions that are that are being asked and then school should be able to answer those questions," Dr. Nelms said.

For the all the data regarding high school graduation rates in New York, head to https://data.nysed.gov.

“To address the situation caused by the mandatory school closures, the Regents took several regulatory actions regarding the assessment requirements that students must meet to earn diplomas, credentials, and endorsements as they did last year. Generally, to earn a NYS high school diploma, a student must pass four Regents Exams and choose a graduation pathway, which may include a fifth Regents Exam. The Regents’ actions included the following:

The necessary Regents Exam exemptions were a factor in the 2016 and 2017 Cohort graduation rates; however, the Department cannot say to what extent. The consistent long-term trend demonstrates the Board and Department reasonably adjusted graduation requirements to ensure students were not unfairly impacted by circumstances created by the pandemic. ​The 2020 and 2021 exemptions will affect the graduation rates for future cohorts of students as well. ​

A district-by-district breakdown of exemptions granted to graduates is available on the NYSED website.”

A breakdown of data on school districts across the state can be found here.