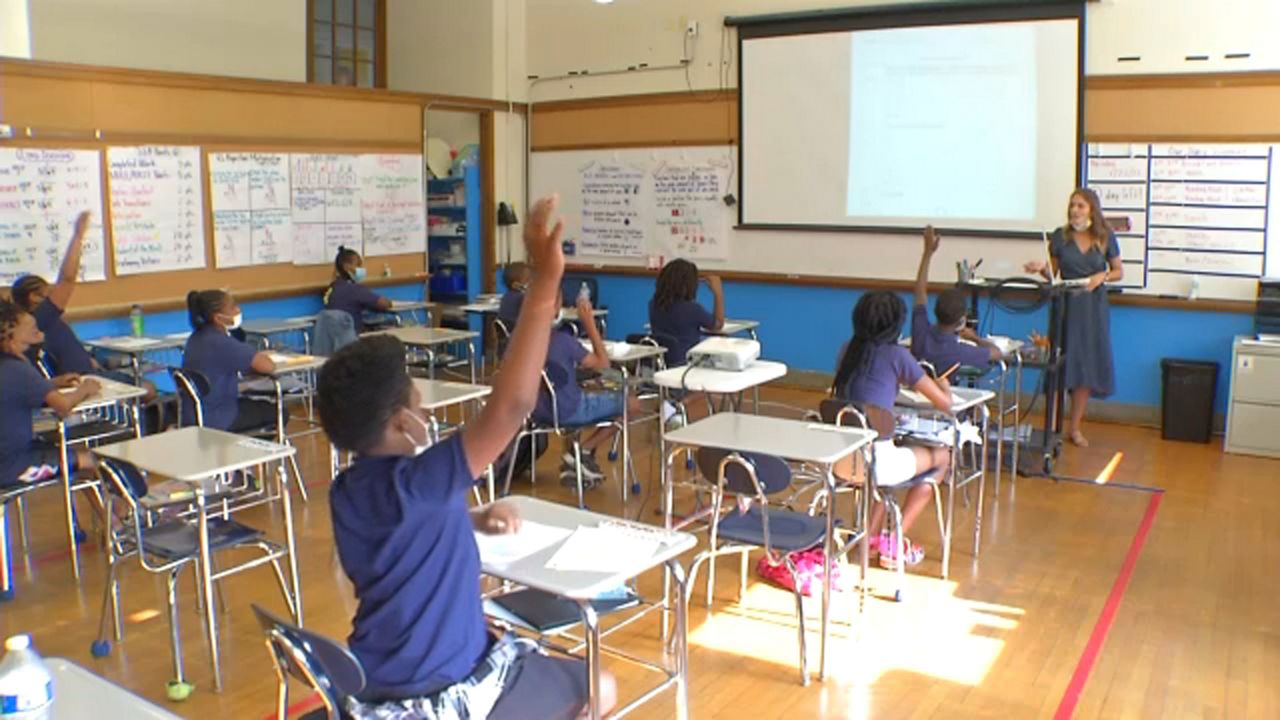 ROCHESTER, N.Y. — ​Nathan Silva is a rising second grader at Rochester Prep. For the last five weeks, he’s been attending the school’s summer success program. His mom, Percocious Silva, says his teacher first recommended it for him.

"His teacher Ms. Wyatt she came to me and said we have a program, a summer program,” Percocious said. “I think Nathan would be excellent for this program. And I said I agree as well."

Silva says Nathan was having a hard time with all of the changes the last school year was bringing.

"He really was struggling with writing and reading,” she added. “That was just one thing he would just kind of be down about. With the changes of being online, going in school, and just being online it was really hard for him to adjust with that."

Tashara Smalls, director of the academy, says they saw that same struggle in a lot of students.

Teachers like Valeria Maroutsis did that through fun interactive ways of learning that they couldn’t get virtually.

"Relationship building, I think that's the number one key for kids to feel like they can learn,” Valeria said. “So not only between teachers and students but between themselves. So a lot of buddy reading. A lot of work with math and manipulatives in small groups."

Silva says she has seen the difference in how this program has made Nathan excited to learn.

"He's doing way better in writing and reading,” Percocious said. “He's really excited about it. He doesn't feel like upset when he can't get something. And then now with math he won't stop he loves it so much.”

The five week program will be wrapping up with a Friday Fun Day on Friday.