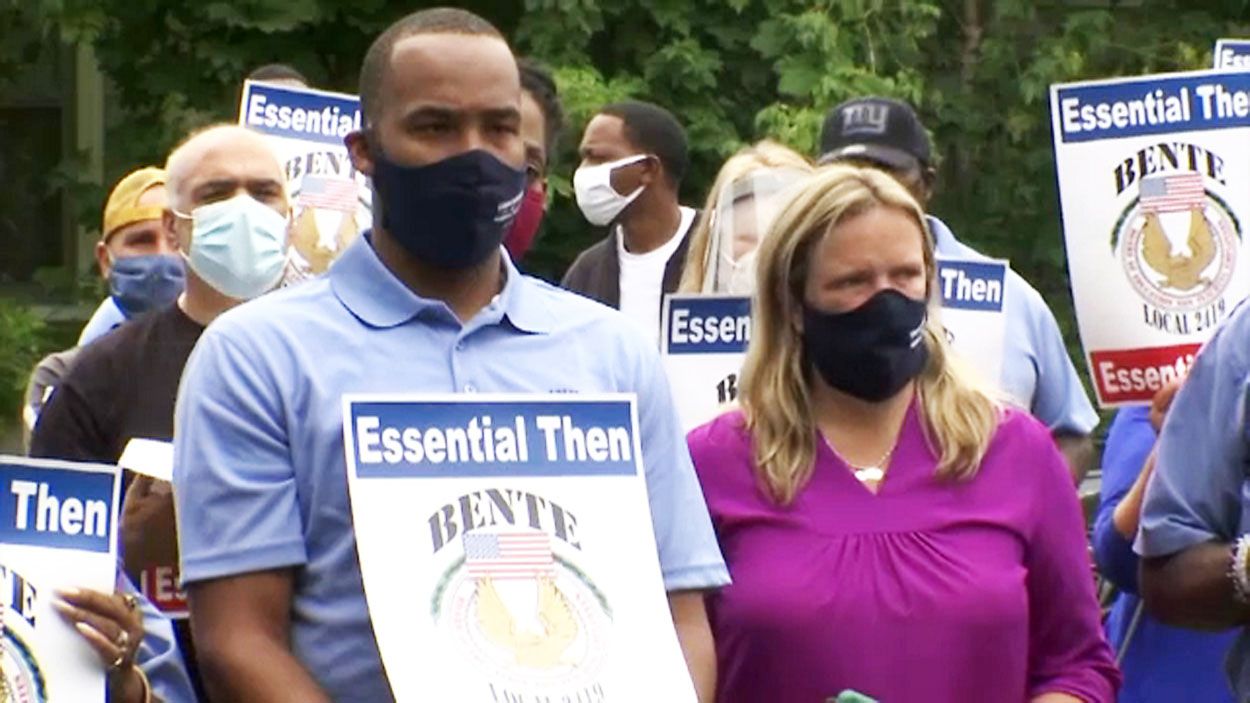 At the end of the month, they’ll also lose their health care.

The union representing those cafeteria, security, custodial, and other workers says the district pulled a furlough offer which would have extended health benefits.

The district cut their jobs to deal with a large budget deficit, compounded by the pandemic.

The union tried to negotiate extended health care benefits for laid-off workers, but BENTE officials say the district then pulled its own furlough offer from the table.

"The district should take care of their employees, especially the employees who were on the front lines, who were serving kids throughout this pandemic. The first wave of the pandemic,” said BENTE president Dan DiClemente. “They serve kids, straight through put their health and safety at risk. And now the district is saying we don't value your health and safety they have much."

BENTE members and local officials are holding a rally in support of laid off workers Thursday afternoon.