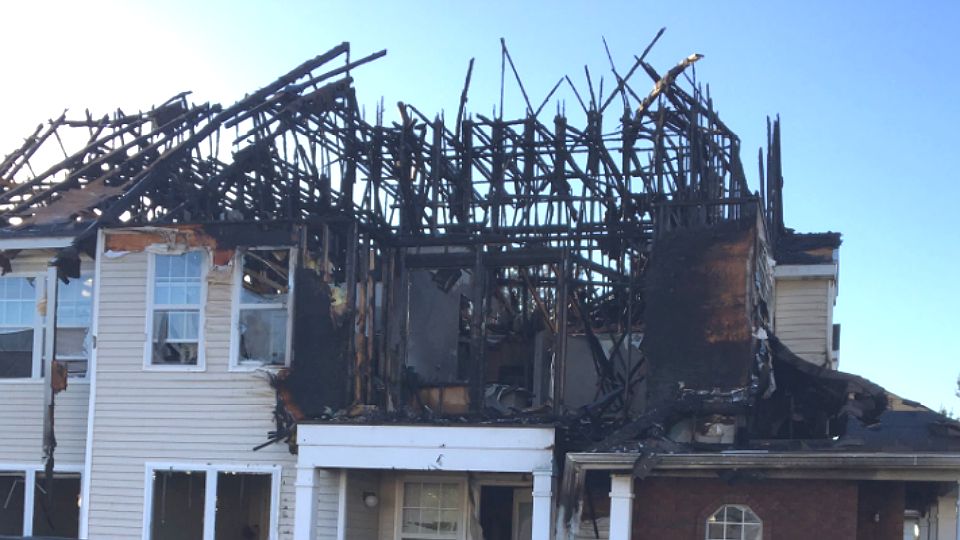 The first call came in at 4 a.m. Thursday from the Bennington Hill apartments on Bennington Hills Court — off Lehigh Station Road. Flames were seen coming from the upper levels of one building.

Firefighters say there are eight units in this building and about 20 people are affected by the fire. More than 75 firefighters were on hand to battle the destructive fire that caused the top floors of the structure to collapse.

All 20 residents have been accounted for except for a dog named Rook.

“My dog started going crazy and was barking, we got up we smelled smoke. I woke her up we ran out and when we woke up there were flames everywhere. We still can’t find our dog,” said Sammy Denney, resident.

Denney lived in her apartment for two years and was getting ready to move out in just 10 days.

“We’re from the south, we’ve been up here for a couple years and we’re in our pajamas with nothing else and we don’t’ know what we’re going to walk in to. There is nothing here,” added Denney.

The Red Cross is being called in to help residents.

The Fire Chief says it appears the fire started on a second floor balcony and went up the outside wall into the attic. The cause of the fire is under investigation.

Major damage to this 8 unit apartment building in Henrietta. We were told about 20 people lived in these apartments. Heavy flames from the roof when firefighters got on scene. Bennington hills apartments off Lehigh Station Road . #roc @SPECNewsROC pic.twitter.com/lPPJenXABA