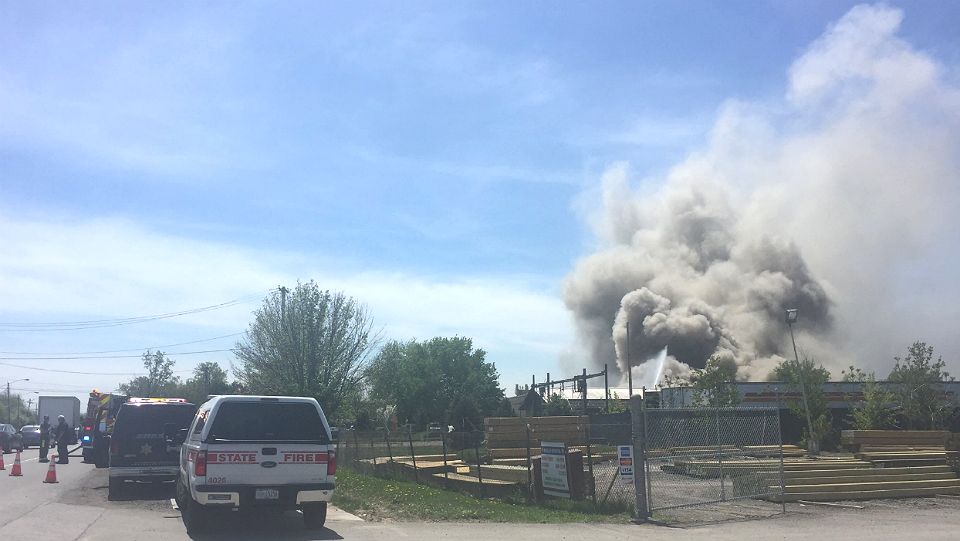 Firefighters were able to extinguish the blaze after a large pile of scrap metal caught fire at the Metalico scrap metal facility. Smoke from the scene could be seen from miles away.

An investigation is ongoing to determine what caused the fire.

As a precaution, nearby residents were asked to close their windows. No injuries were reported.

#VIDEO | As you’ll see fire crews are still working to ensure the flames are completely out here Metalico on Scottsville Road. @SPECNewsROC pic.twitter.com/FtoikN33n8

Firefighters say although, fires like this aren't expected, they do train for them.

“We actually work with Metalico, we do some training with them regularly. So we do train on this type of event and we work with the employees very closely," said Gates Fire Prevention Officer Joseph Manuse.

Fire crews are on the scene battling thick, black smoke pouring out of the Metalico recycling plant on Scottsville Rd. @SPECNewsROC pic.twitter.com/L2T4XzTKrH

DEVELOPING: Officials say a “giant pile of scrap metal” is on fire at the Metalico Recycling plant in Chili. #ROC pic.twitter.com/OluALhRfZn