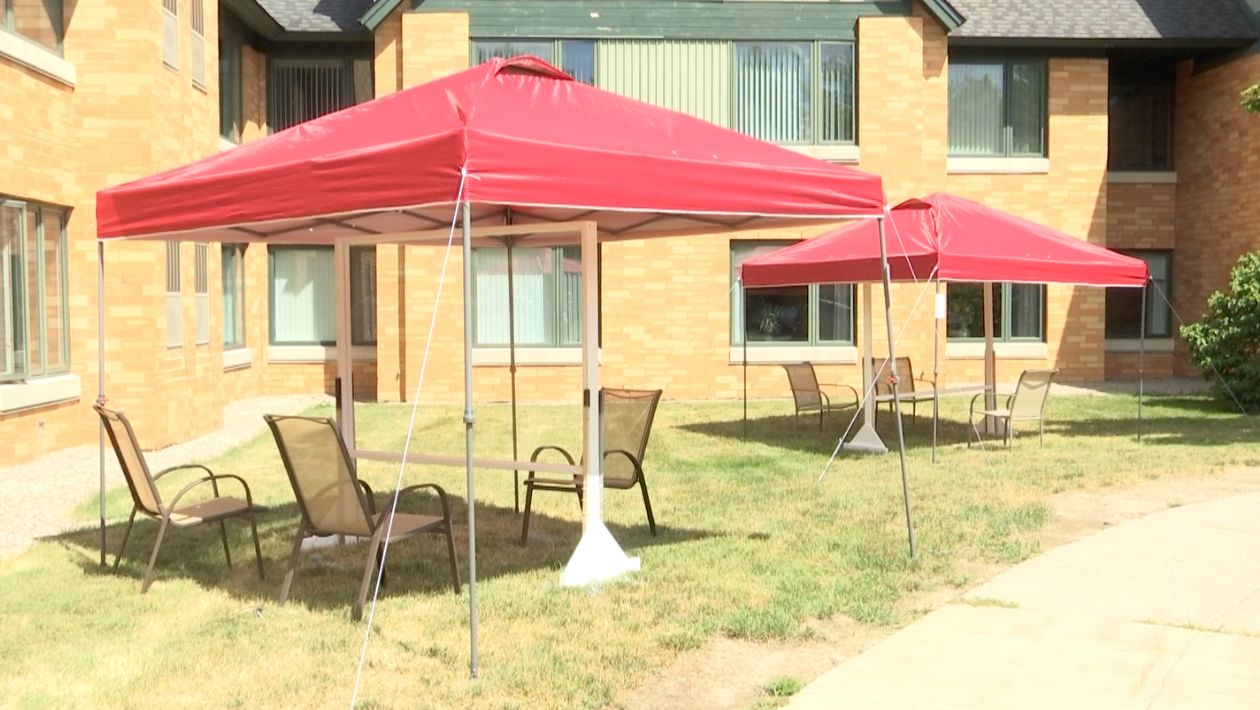 While Some Rochester-Area Nursing Homes Resume Visitations, Others Still Waiting

“It’s great to be able to talk to your family and see them on an iPad, but it’s very different to see them standing in front of you, and just being able to look them in the eye, look at their faces. And it just makes a big difference," said Senior Vice President of housing Susan Bussey.

Two tents are set up outside where residents and two family members can visit for half an hour — with Plexiglass separating the chairs.

But not all nursing homes have been allowed to resume visitation yet. The Highlands at Pittsford recently had a staff member come down with a case of COVID-19, and won’t be eligible for at least another month.

“That’s really hard. Dad has dementia, so he doesn’t really understand what’s going on, he doesn’t understand why we don’t come to visit. He’s just aware that we’re not there,” said Pat Muir of Victor.

Ed Ackley, 89, lives at the facility. He hasn’t been able to see his daughter Pat Muir in person since March 12.

“I miss him a lot. We were there almost every day,” Muir said.

Muir says she understands the need for caution, but she feels like the governor's guidelines for visitation eligibility are a bit too rigid.

“If we were outside talking in the same way you and I are, if we were wearing masks, I’m not sure I’m more of a threat to my father than a staff member is, who is working in really close proximity to him,” Muir said.

At 89 years old, she’s just not sure how much time she has left with her father.

“I have a clock ticking in my head, all the time. I feel like time is running out, he’s only going to be here for a certain amount of time," Muir said. "I don’t know how long it’s going to be, and I’m afraid every day I don’t get to see him is a day we’re not going to get back.”