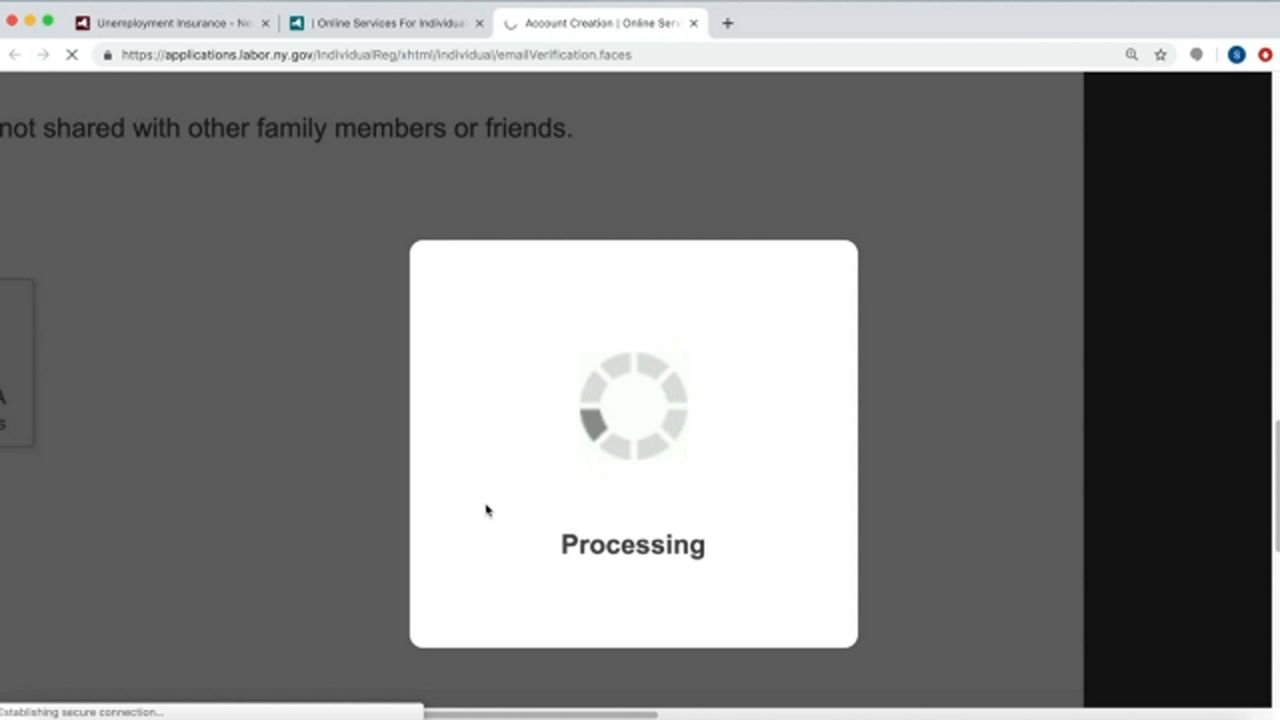 Rochesterians Continue To Struggle To File for Unemployment

This week the number of Americans applying for unemployment benefits is now nearing 10 million. And as the number continues to grow, some are having trouble filing at all.

Broccolo is a Rochester city employee who has been unemployed since March 13 when the convention center closed. Now more than two weeks later, she has still been unable to complete her claim for unemployment insurance with the New York State Department of Labor.

“Today alone I’ve called over 194 times. And I can’t get through,” Broccolo said.

The department has added an additional 700 staffers to help with the influx of traffic, and the U.S. government’s $2.2 trillion stimulus package helped to beef up unemployment benefits, but Chief Economist for the Center for Government Research Kent Gardner says these are processes that may take some time.

“It’ll work out eventually, but we’re in a period of transition where it will be difficult for the federal government, and state government and counties, to deliver on the promises they made,” Gardner said.

He says this is perhaps the first time in American history that a recession was created on demand.

And though he believes ignoring the public health crisis would have been more detrimental, he says the challenge very soon will be striking a balance.

“At some point in the not-so-distant future the state, and other states, will have to make some decisions on how to relax that, and allow the economy to turn back on,” Gardner said.

But Gardner says he believes soon, the worst will be over, and by October Americans will be getting used to a new normal.

“Most people will be able to put their lives together, and things won’t ever be the way they were, but it’ll be stable,” Gardner said.

But as a new month begins, Broccolo is concerned with how long she can go without aid. She says the state needs to revamp the system, and fast.

“You know bills are coming in, there’s no income, and you know there’s money coming down the road, but that doesn’t help you now,” Broccolo said.

Just Wednesday, Governor Cuomo apologized to New Yorkers struggling with the system, but promises work is being done to fix the problem and that even if delayed, everyone will get the benefits owed to them.