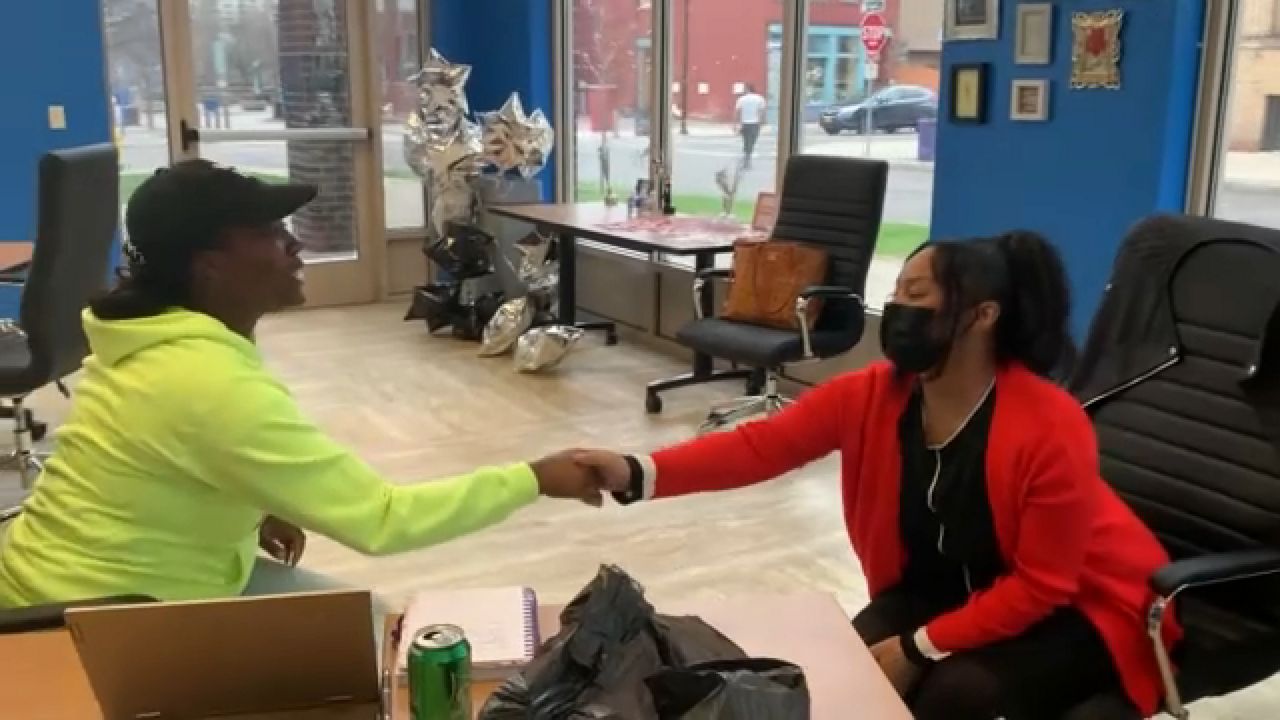 Who will get Guaranteed Basic Income in Rochester?

ROCHESTER, N.Y. — To get to Amber Woldeguiorguis’ happy place, you head to an unassuming, but newly renovated collaborative space in the parking lot west of the Rochester Armory.

It’s a 600-foot studio with a cushioned floor mat that runs its length and spartan accessories. It’s where you can really see Amber light up.

Amber, a Rochester single parent and longtime dancer who once performed with Garth Fagan’s dance company, has always found freedom in the art.

Now, she teaches other families’ children all she knows.

“We’re not just going over the dance, we’re learning how to perform,” she said.

Soon, Amber, who volunteers at Spiritus Christi Church in downtown Rochester, may soon be one of the first in the city to benefit from its guaranteed basic income program.

The program, funded by the American Rescue Plan, will identify 175 people who will receive $500 a month for a year. In year two of the program, it will do the same.

“It supports all of the spaces that get overspent,” Amber said.

It’s a program that’s a two-year pilot. Former Rochester Mayor Lovely Warren fought for it. Current Mayor Malik Evans wants it to happen in recognition of slavery and reparations for those who survived it generations later. Evans believes it will also lift the poor in one of America’s poorest cities.

That includes people like Amber, who will take what she has to support a new vegan restaurant in Rochester’s 19th Ward where she grew up.

When it was first announced, Rochester GBI would allow applicants to qualify if they lived at 200% below the poverty line. In early talks, that has changed to 185% of the poverty threshold.

“It’s to have a little extra room to do the things that you want to do for your children that are a little more cost-effective," Amber said. "I think it happens in a big way."

The Black Community Focus Fund, based at Spiritus Christi, has been hired by the city to roll the $2.2 million program out.

Erasing inequality while helping the poor may be an unworkable scheme according to an RIT economics professor.

“It’s so very very difficult to are getting problem to resolve now 300 years later,” said Dr. Amit Batabyal, the Arthur J. Gosnell professor in economics at RIT. “And then decide okay person X gets this amount of money, person Y gets some amount of money that’s less than what X gets. What’s the basis for making those kinds of distinctions?

Planning for who gets the money and measuring how effective it is will move the Rochester GBI program to hire an outside research firm.

Recipients can use the money in any way they see fit. While many believe it’ll take the edge off monthly bills, others believe it can create opportunity.

Amber, who says she could leave public housing behind should she be chosen for GBI, would also invest in her dance school.

“As much as I can provide for the students without having to pay for it is really my focus,” she said.

The long-term sustainability of the program could also be a challenge. While the federal funding for the pilot is set, the Evans administration has implied philanthropic contributions would be needed beyond that.

“Some people who are not particularly careful to think carefully about what the pros and cons of actually instituting such a program are, think it’s a great way of helping people on the lower side of the income distribution in society,” said Batabyal. “And it may be right in principle, but when it meets the hurly-burly of the real world it has to be subject to benefit-cost analysis.”

“As a single mother, as a business owner, as an activist for help from my community, $500 to me says I have a little more room to do a little bit more for people," Amber said.