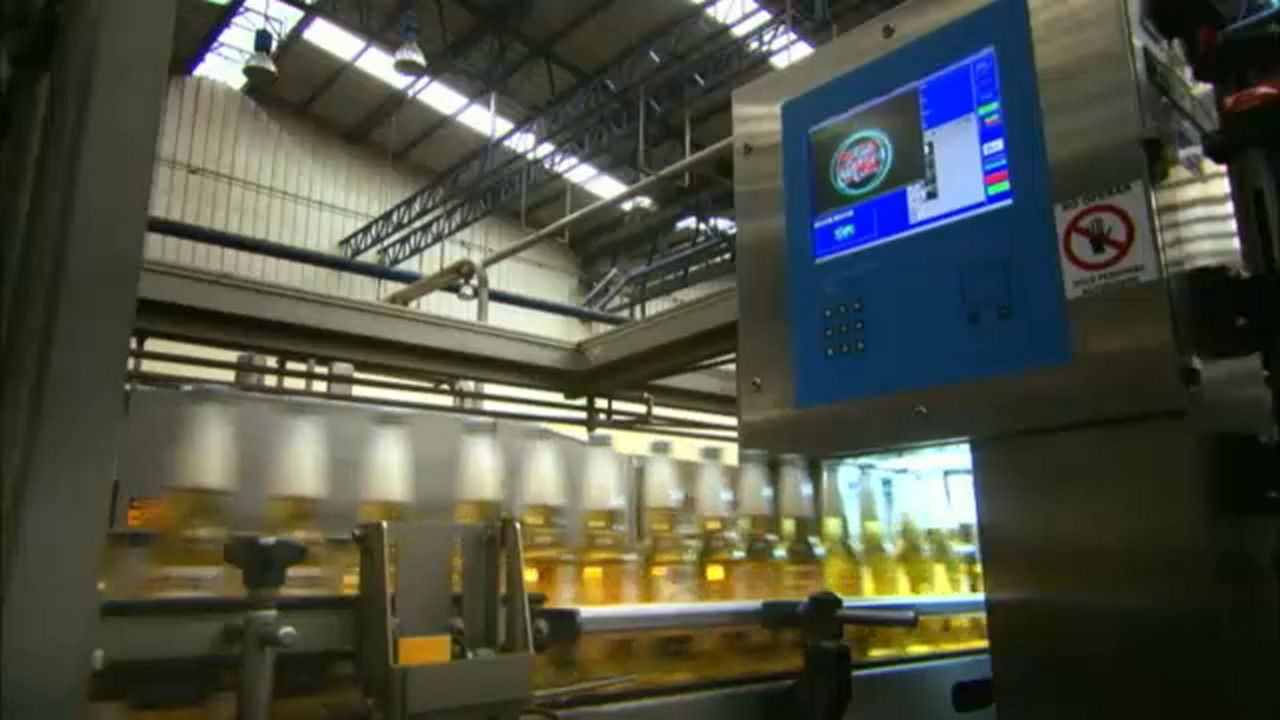 ROCHESTER, N.Y. — It is one of the largest producers of beer, wine and spirits in the world and now it's moving to downtown Rochester. Constellation Brands will be moving its headquarters and hundreds of jobs from Victor in Ontario County to the Aqueduct Building in the city.

Governor Kathy Hochul was in Rochester Wednesday afternoon to officially announce the move.

"Constellation Brands' exciting decision to expand its regional operations and establish its new headquarters in downtown Rochester will help to further advance our efforts to create new, good-paying jobs and a thriving city center," Hochul said in a statement. "Downtown Rochester's Innovation Zone is already home to some of the most talent-rich companies in the world. This transformative project at the historic Aqueduct Building will also help to maximize our $50 million ROC The Riverway efforts, which are reimagining and transforming the waterfront along the beautiful Genesee River, helping Rochester to thrive for generations to come."

Constellation Brands expects to be operating at the Aqueduct Building by the spring of 2024.

The Aqueduct Building on East Broad Street in Rochester, where Constellation is moving, is an eight-floor building built in 1880.  Many recognize it along the city skyline with the copper statue of Mercury, the Roman god of commerce on top. The building was most recently occupied by Thompson Reuters.

"We believe the Aqueduct campus is a great headquarter location for our growing company providing our employees a modern work environment that will continue to foster collaboration within the company and the community," Constellation Brands Bill Newlands said in a statement. "We look forward to contributing to the economic development and job creation of the Rochester area for years to come."

Constellation says it will invest about $50 million to renovate five buildings on the Aqueduct campus between East Main and Broad streets, and property developers are planning to invest an additional $30 million at the riverfront campus. The company plans to create more than 80 new local jobs as part of the project in, along with more than 340 jobs that will move to the Aqueduct.

Constellation says about 200 employees will continue to be based out of the Canandaigua office.

"Today is a turning point in our city's history," Rochester Mayor Lovely Warren said in a statement. "Constellation Brands bringing their headquarters downtown and the re-watering of the Broad St. Aqueduct make it clear that we are creating an exciting new future for Rochester. It will be an era of growth that we can all believe in and take part in. I am grateful to Governor Hochul, the Sands family and all of the Constellation team who made today possible. Welcome home!"

The expansion will bring over 340 jobs to Downtown Rochester. With this project, money will go to ROC the Riverway which will remove the Broad Street Bridge.
Construction on the Aqueduct Building will start in 2022 and wrap up in 2024. @SPECNews1ROC pic.twitter.com/VASWJ7MAOp

Victor Town Supervisor Jack Marren says the move will have an impact there.

"We will lose out on sales tax from shopping, fuel purchases, coffee, lunch etc. from business in that general area,” Marren says. “I know the developer will work hard to fill this location with another class A company."

From Mayor @lovelyawarren: The expansion of growth on the Genesee River is a ” new era of growth we can all believe in.”
The mayor says the total investment by Constellation Brands is over $80 million for Downtown Rochester.@SPECNews1ROC pic.twitter.com/ZfW12ePKpN

"Constellation Brands is popping the cork on a new era in downtown Rochester's development with its decision to add jobs and expand in the City of Rochester," Senator Chuck Schumer said in a statement. "The historic Aqueduct campus that once overlooked the spot that gave rise to the Flour City - the intersection of the historic Erie Canal at the Genesee River - is now at the heart of downtown's Innovation Zone and will once again be a growth driver thanks to Constellation Brand's investment.  I applaud Constellation, Governor Hochul, and everyone who contributed to bring this development to fruition."

"We're making our mark," Hochul said. "We're putting our signature projects right here. And this is going to be continued to be spectacular that future, my friends, is extraordinarily bright and I thank our friends at Constellation for having the faith, the belief in us, and that is going to trigger a statement to other companies who are looking anywhere. They can go to start a business. They're going to say. It's a cool building. It's a cool company. It's a cool place to be."

Constellation, with major brands like Corona, Modelo and Mondavi, was founded by Marvin Sands in 1945 in Canandaigua. It has grown into a Fortune 500 company with more than 100 brands and close to 9,000 employees.