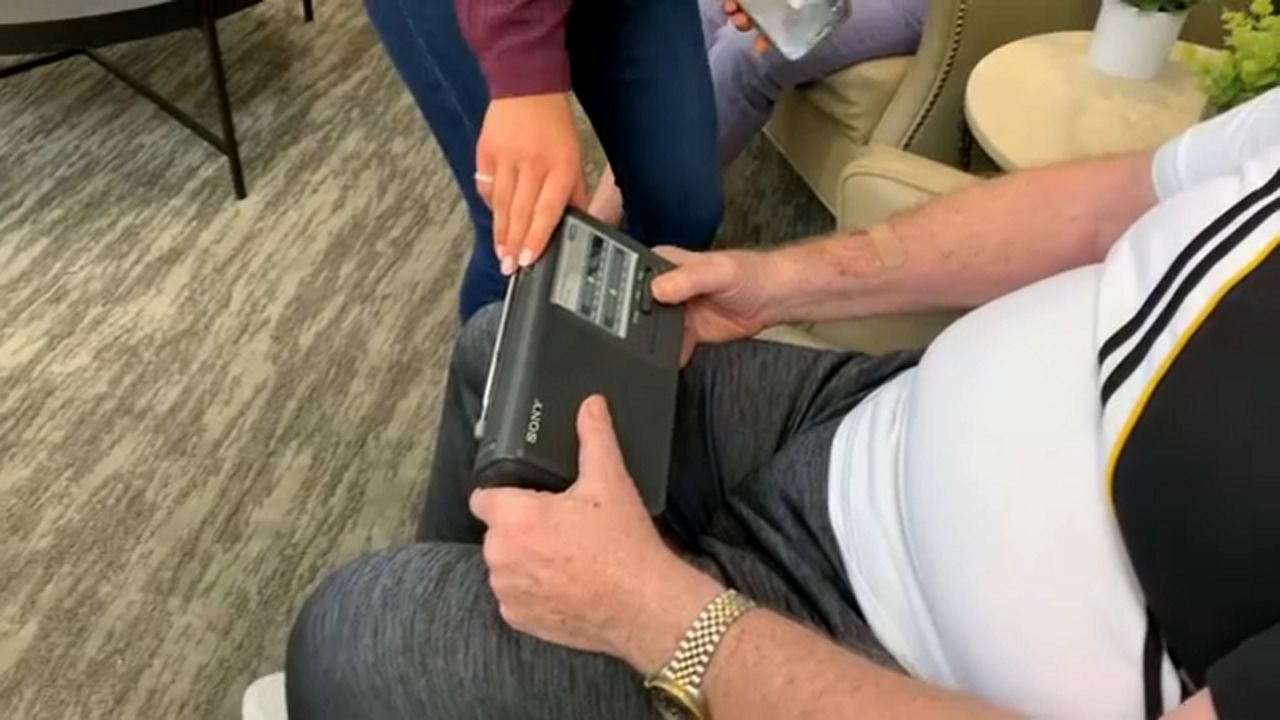 ROCHESTER, N.Y. — There are more than 55 million people living with dementia, and the number is expected to double every 20 years, according to Alzheimer's Disease International.

But for those with loved ones living with dementia, the experience goes far beyond those staggering statistics.

Families are often searching for ways to connect with their loved ones, or ease some of their suffering.

For some, music may be a way to help, as an old radio is bringing patients some new energy.

Bill Ewell has earned taking things a little slower. The retired Kodak aquatic toxicologist used to be quite a dancer.

"He knew how to rumba, and samba and tango,” said Bill’s wife, Suzanne.

He even danced competitively at the War Memorial back in the day. However, that memory, and many others, have been taken from Bill, by dementia.

Staff at a Greece care facility know that, for Bill, music still matters.

"They can be one who don't communicate, don't talk, but once they hear some type of music, they're snapping their fingers or tapping their toes,” said activities coordinator Joyce Singleton. “It just brings them alive.”

When he picks his discs for his shows, WGMC radio station manager Rob Linton knows his station's music library are full of memories that can help those with Alzheimer's and forms of dementia. It's broadcasting that hits close to home for Rob.

"For me, when I go on the air I'm talking to my dad,” Linton said. “And he lives in assisted living. And I know I'm playing music that he's going to love."

Hearing the difference is why the radio station collects used radios and boom boxes. The station hands them out to share with dementia patients, living with a bad beat.

"You know all of sudden, you can be playing a big band chart and somebody remembers back to a dance they went to, high school, their wedding,” Linton said. “And that's one of the goals of this program, is how to bring comfort to folks."

Bill got his radio. He's not all that jazz. Bill's a little bit country.

Self-expression and engagement rise when people like Bill find the rhythm. The Alzheimer's Association says it also reduces agitation and behavioral issues for those who suffer from dementia.

"He used to be very handy,” Suzanne said. “Making things work and figuring things out and how to put them together, and what to do. We don't have that anymore."

Country music helps him. He likes to listen to it. His favorite song is Red River Valley.

So before you ditch that old radio, maybe think about sharing it, to make the journey a little easier for people like Bill.