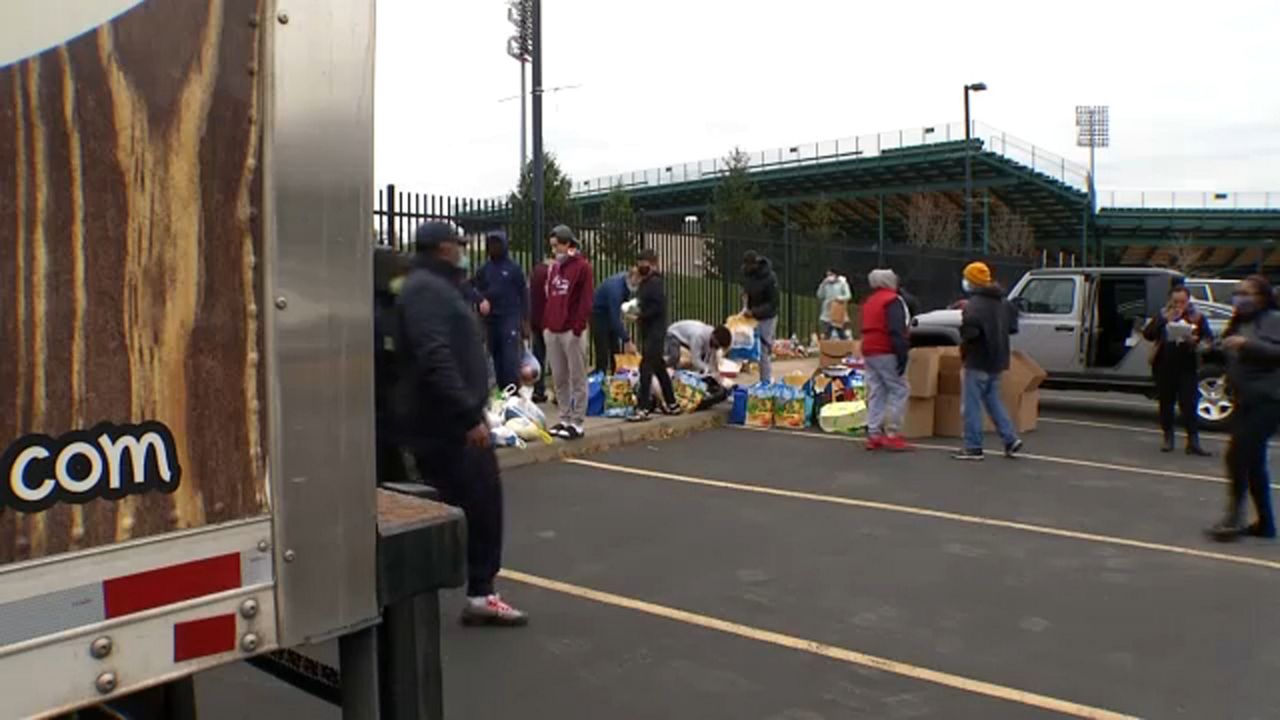 Leading the way was Karen Iglesia. On Saturday, Iglesia assembled athletes, coaches and members of the community to put together food baskets for delivery.

"We have parents here. We have football teams, basketball teams, coaches and they are doing deliveries," said Iglesia, who runs the sports organization Primetime 585.

The mission was simple: feed people in need. Together they were able to feed over 1,100 people in Rochester.

"Thanksgiving, if you don't have anything to eat, then it's hard and people are getting hungry and stuff. It's good just to help out," said Jaden White, a ninth-grade student at Aquinas Institute.

The effort was very much a partnership. Even though Primetime 585 led the way, Zweigle's donated a truck, and DiBella's donated subs.

"So when we learned about what Karen was doing for the community, DiBella's wanted to come out to support in a big way. So, we are donating over 160 sub pieces to go in the boxes," said Jillian Babcock, Dibella's marketing manager.

Iglesia is hoping that everyone in town will have a good Thanksgiving.