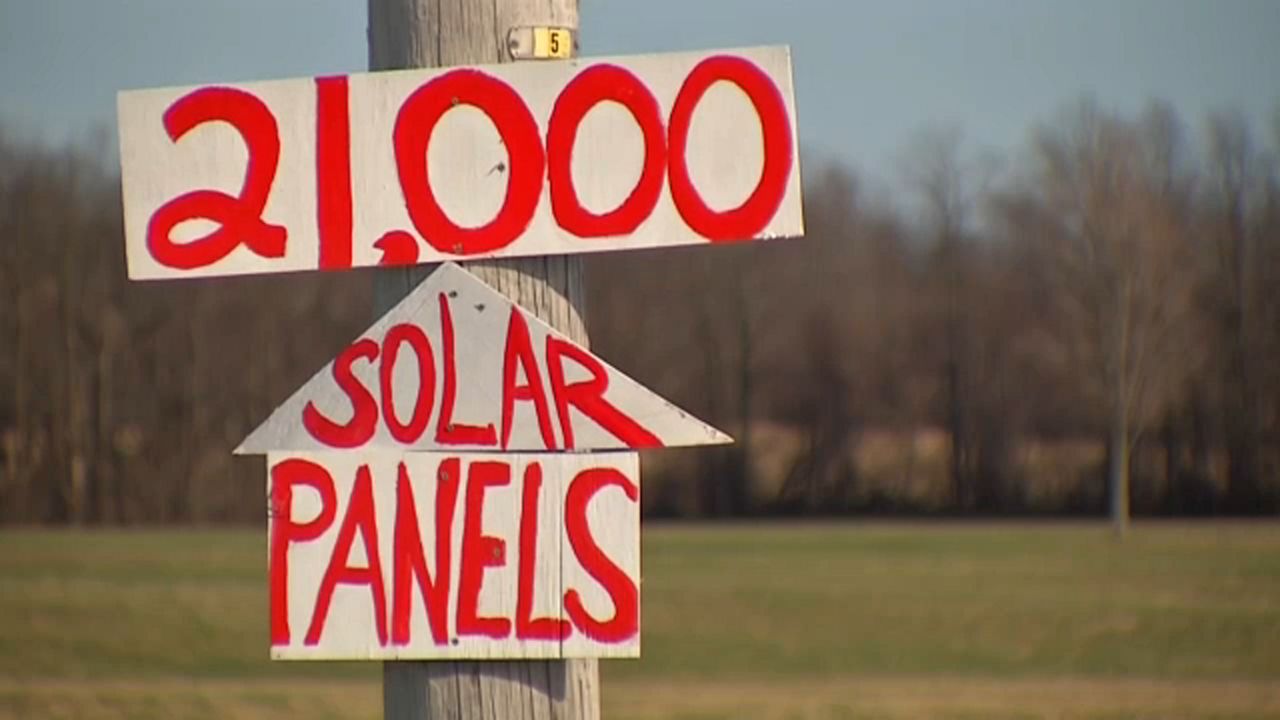 A proposed 35-acre solar farm could be coming to the Ontario County town of Farmington, but residents aren't so excited about the idea.

“It’s not going to be Farmington if all the farms go away," said resident Tammy Johnson.

Johnson has lived in Farmington her entire life, and now lives just a couple miles from where 21,000 solar panels would be constructed, if the Farmington Planning Board approves the project.

“I chose the country, I want to live in the country and I’d like to keep country country. I’m not against solar power, but on a mass scale size I am," Johnson said.

Though the solar farm could power 1,200 homes, another concern is that the Ontario County town won’t see any of that energy, which instead would help power the zip code it shares with Wayne County.

No decision was made Wednesday night due to a report from the New York State Department of Agriculture that the town’s board received just hours before.

There will be a public hearing next month to discuss the report and another in June where the board will either make a positive declaration or strike it down.

If the board does make a positive declaration, an environmental impact study must be done before they can vote on the solar farm, a process that could take six months.

The land owners of the property declined to comment, but their neighbors hope the board takes their concerns seriously.