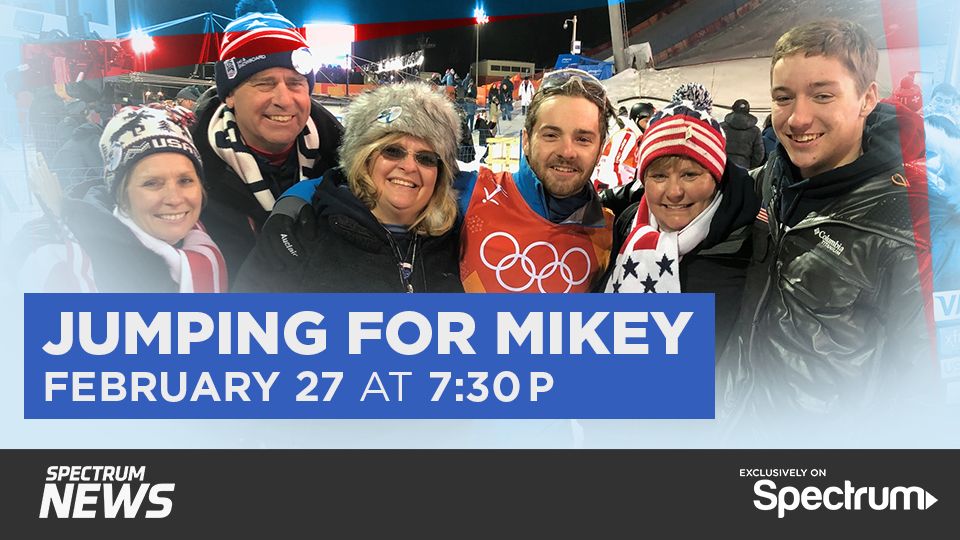 “Jumping for Mikey” is a Spectrum News original documentary about a local family achieving on the ski slopes and grieving the loss of a loved one.

Jumping for Mikey — A Story of Skiing Highs and Lows

A dream they shared — being among the best of the best.

Many young athletes have dreams of one day making it to the Olympics, but for the Lillis family, not one, but three brothers all aimed at reaching the pinnacle in a journey filled with the highest of highs and the lowest of lows. Through it all, from tragedy to triumph, it has been about the family — the cohesive force that has kept them together; dedicated to the sport, dedicated to each other — dedicated to Jumping for Mikey.

Skiing runs deep in the Lillis family — they practically grew up on Bristol Mountain. One year ago, Jon earned a spot on the US Olympic aerial ski team and his younger brother Chris won a World Cup when he was 17, the youngest to do so.

Now they compete amongst the best in the world in honor of their brother Mikey, who died in his sleep at the age of 17 in October 2017. Together, the Lillis boys were poised to take over the sport, but their story took turns they never expected as they faced devastating lows amid the exhilarating success.

For the Lillis brothers, their bond was tested, but never broken.

"The three boys were really close, based on the same activities that they enjoyed doing and the same crazy ideas that they came up with," said mother Jamie Lillis. "They always competed with each other but, in the same sense they were each other's best cheerleaders too."

Mikey was progressing through the skiing ranks with hopes of joining his two brothers on the U.S. ski team for the 2018 Olympic Games.

"It was going awesome, everything was going great," Bernie said.

But then everything changed.

For the full story, watch the special airing of "Jumping for Mikey" on: