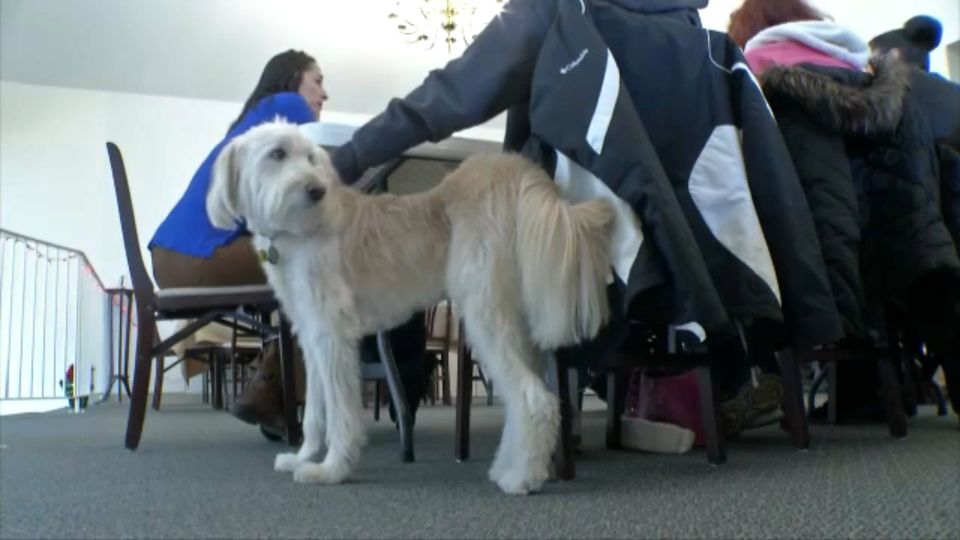 You can find therapy dogs at nursing homes, hospitals and even schools. But for the first time ever in Western New York, you can now even one at a funeral home.

Weekly support groups at the Bartolomeo and Perotto funeral home in Greece help loved ones cope with loss. After nearly 100 years in business, the funeral home is offering something new to deal with grief: Rocky the golden doodle.

"If you were to have my great aunt and great uncle, they probably wouldn’t believe it," President Michael Perotto said. "But ever since he’s become a part of our team, I can’t imagine him not being here."

Perotto says Rocky can connect with people in ways the rest of the staff just can’t.

"They give unconditionally, and they don’t hold back," Perotto said. "And watching that has taught me a lot, and not only about what he’s able to do but I’ve actually learned from him about giving myself more unconditionally to the people that come in here. He just does that."

Trained and certified, his breed makes him the ideal therapy dog.

"He was chosen for a bunch of reasons. One, his demeanor. Two, his intelligence," Perotto said. "And then he’s guaranteed to be hypoallergenic. So for those with allergies, we want them to be safe. Obviously we don’t want them interacting in a negative way."

But make no mistake, while his staff picture is on the wall, he’s still a dog at the end of the day.