Thundersnow: How A Snowstorm Produces Lightning

While even the heaviest snowstorms can be accompanied by a blissful scene, sometimes a loud boom disturbs that silence.

Thundersnow is a rare but exciting wintertime occurrence. Part of it could be because you don’t usually think about or expect thunder and lightning when it’s snowing.

Thundersnow occurs under a similar process as the thunder and lightning we see in your run-of-the-mill thunderstorm. Thunderstorms form when warm air at the surface rises upwards.

This happens because the warm air is less dense than the cold air nearby. For this reason alone, it is easier for this process to take place in the spring and summer time.

In thunderstorms, some of the particles that collide with each other are ice crystals.

When ice crystals collide with each other, they lose electrons, leaving them positively charged. In wetter precipitation, more electrons are gained, causing it to be negatively charged. When these two charges become big enough, an imbalance occurs.

That balance comes in the form of lightning between the two differently-charged regions to even them out once again.

This process is more difficult when it comes to thundersnow in the winter time. Warm air doesn’t just simply rise up in the colder seasons. Thundersnow occurs on the backside of a storm system where the cold air is being sucked in like a vacuum from the north.

Sparing you of the complicated science jargon, the warmer air (which isn’t all that warm in the winter) at the surface somehow has to get pushed up into the colder air above. The process is much like rolling a ball up a hill.

The warmer air needs enough momentum to be suspended high enough for triboelectrification to occur. Thundersnow can then result. 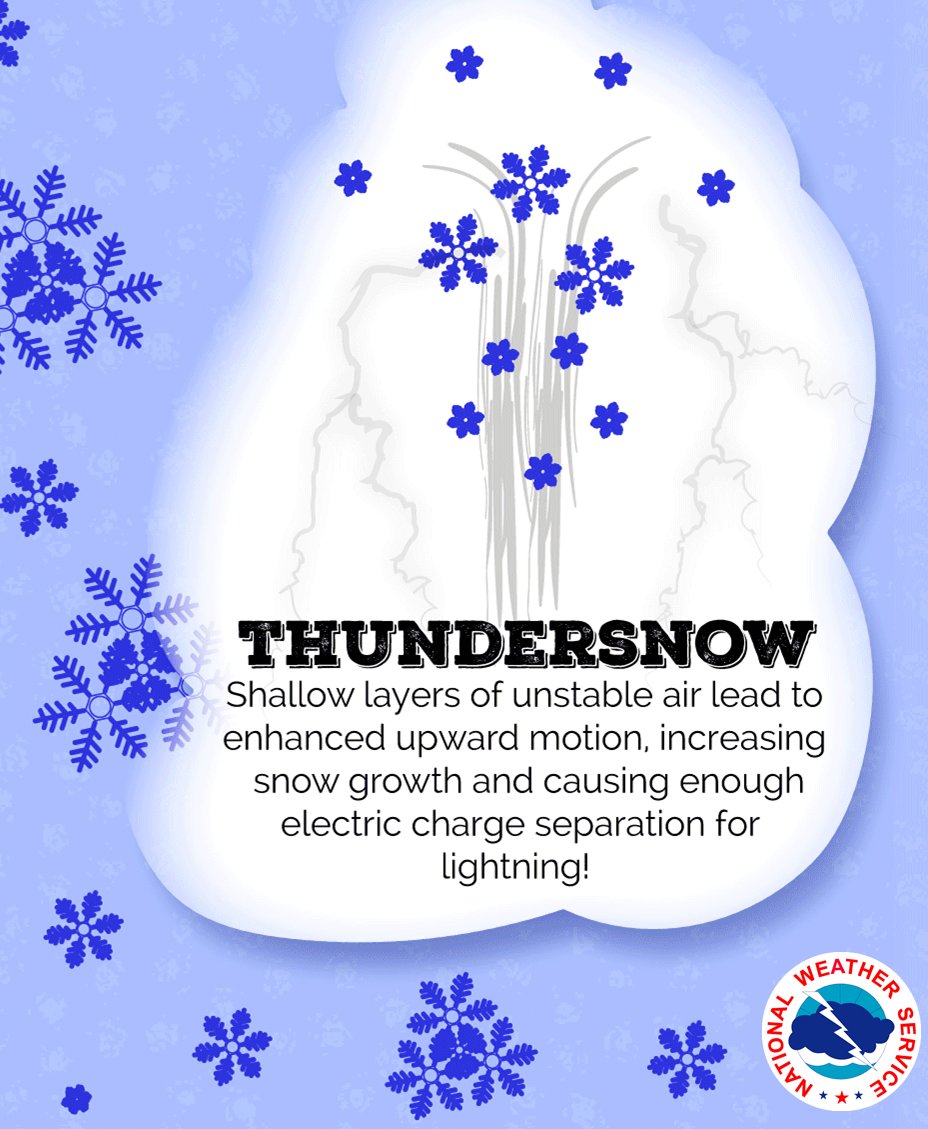 Thundersnow is most often found in narrow, heavy bands of snow. However, predicting exactly where these lightning strikes occur is a challenge. That being said, there are also theories about the human influence in the occurrence of thundersnow.

These shallow winter storm clouds contain a triple layering of positive-negative-positive charge regions. Tall towers are susceptible to lightning strikes. Some are tall enough to poke into that lowest layer of a cloud that holds a positive charge.

Thundersnow is a phenomenon that most meteorologists consider exciting due to its rare occurrence. The next time you hear a loud boom during a snowstorm, you’ll now better understand why.