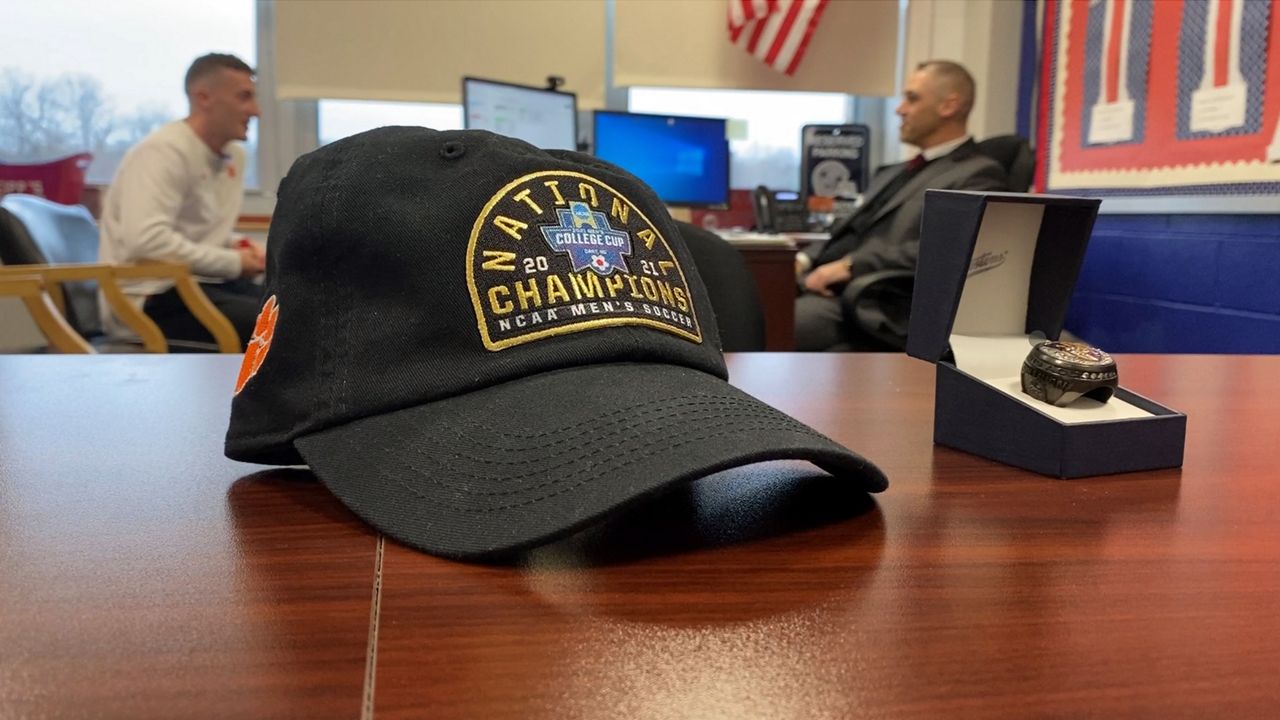 It was a different type of homecoming for Roy Ketcham High School alumnus Dylan Sullivan.

The Wappingers Falls native brought NCAA hardware with him, having helped the Clemson University men’s soccer team win its first national championship in 34 years this fall.

Last month, the Tigers claimed the championship with a 2-0 win over Washington, and Sullivan was able to celebrate with people that helped him become successful.

“I was able to turn around to the stands and see my [family] at the game. They were all there,” said Sullivan. “We talk about all the work I do? There’s all the work they do for me.”

Sullivan cited the hours spent driving him to practices in New Jersey for the Red Bulls Academy club, for whom he played as a high schooler.

He may not have played at Ketcham, but Sullivan still stopped by his school to see, among others, Principal David Seipp.

“He’s a huge Clemson fan, too,” said Sullivan about Seipp, explaining how his principal’s fandom began even before Sullivan committed to play soccer there.

“This is just the beginning for him,” Seipp continued. “He has a very bright future ahead of him. He’s a humble young man, and he works incredibly hard.”

Seipp grew up with Sullivan’s father and has known Dylan for years.

“His family is very special to me, so to watch him do what he’s done is remarkable,” said Seipp.

Sullivan’s family is a tight-knit group: His older brother, Tyler Adams, has played 22 games at midfielder for the U.S. men’s soccer team; another brother plays football at Robert Morris University; and another brother has won a sectional championship with Ketcham’s boys’ soccer team.

“I want to play soccer as long as I can,” said Sullivan. “Whatever that entails … try and play professional soccer, that’s a goal for me, so I’m gonna reach for that.”