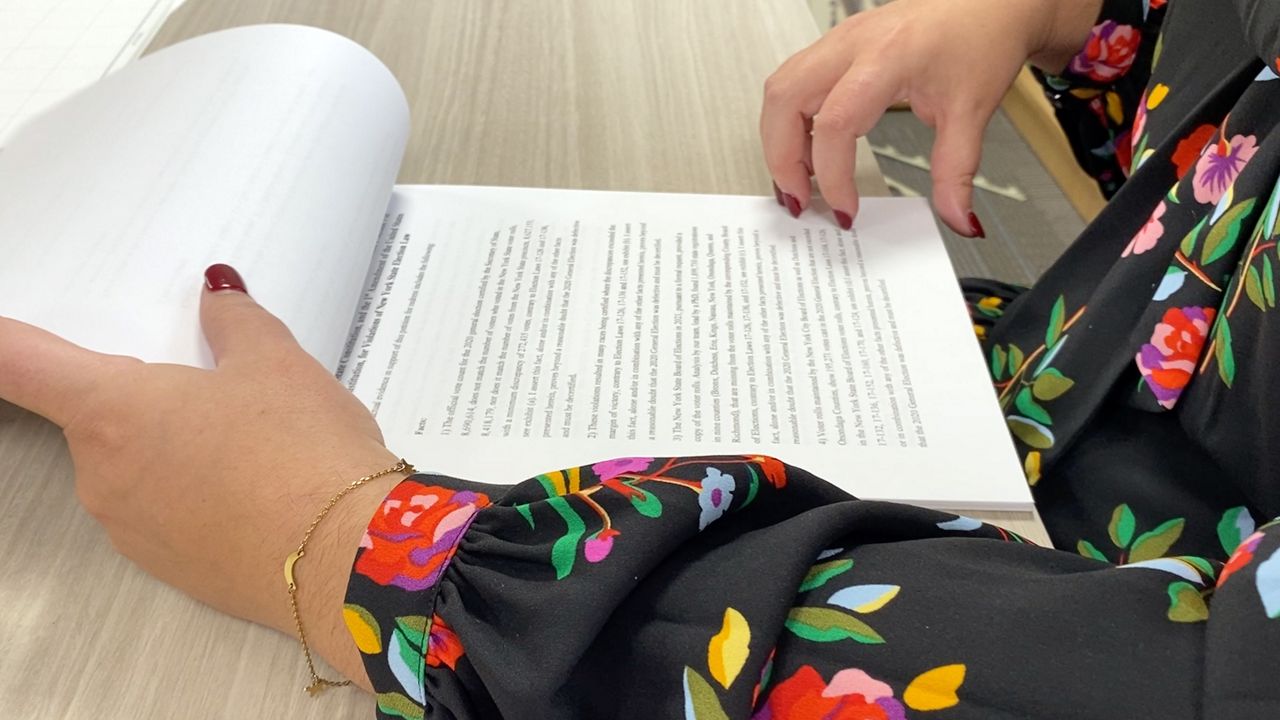 Following the 2020 presidential election, security for elections staff has been a point of growing concern. Reports of threats and intimidation against those who keep our elections running smoothly have risen in the years since across the country and in New York.

That became a reality for one Hudson Valley board of elections.

Ashley Dittus reads a document with her colleague, John Quigley. Both are commissioners at the Ulster County Board of Elections – Dittus a Democrat, Quigley a Republican.

They’re part of one of many boards in New York that received a fake lawsuit from a group calling itself New York Citizens Audit, falsely saying the 2020 election results were invalid.

“To just drop this on our doorstep before an election, not gonna help us,” Quigley said.

On October 26, a clerk in the front office called up to Dittus to inform her someone was serving them with a lawsuit. While it’s not the first and not expected to be the last lawsuit filed against the board, this one was unique.

“I started looking at it further and said ‘This isn’t signed by a judge. There isn’t any name of a plaintiff. It just says John Doe,’ ” said Dittus.

The fake paperwork was dropped off by a group member from New York Citizens Audit, a group Dittus says had visited before and attempted to record clerks working in the front office. The group falsely claims that the 2020 elections were fraudulent based on submissions claiming to survey patterns of voting irregularities.

The U.S. Department of Homeland Security said the 2020 election was the most secure in American history and that there is no evidence of fraud or comprised systems.

“No, I am not scared. We do our jobs well here,” said Dittus. “I stand by the work that we do. I’m not scared, and I actually have more sympathy for people that don’t trust the process, because I think they are the ones that are scared.”

The team has work to do in the meantime.

The Ulster County Board of Elections moved into a warehouse location in July 2022, and each entrance is manned with a surveillance camera and motion-detecting lights, all set up to protect voting machines, and a locked room full of already-received absentee ballots ready for counting.

Quigley recuses himself from the work since his father is running for Ulster County executive, but Dittus and the rest of the team are busy organizing ballots. Getting a head start helps them streamline the counting process come election night.