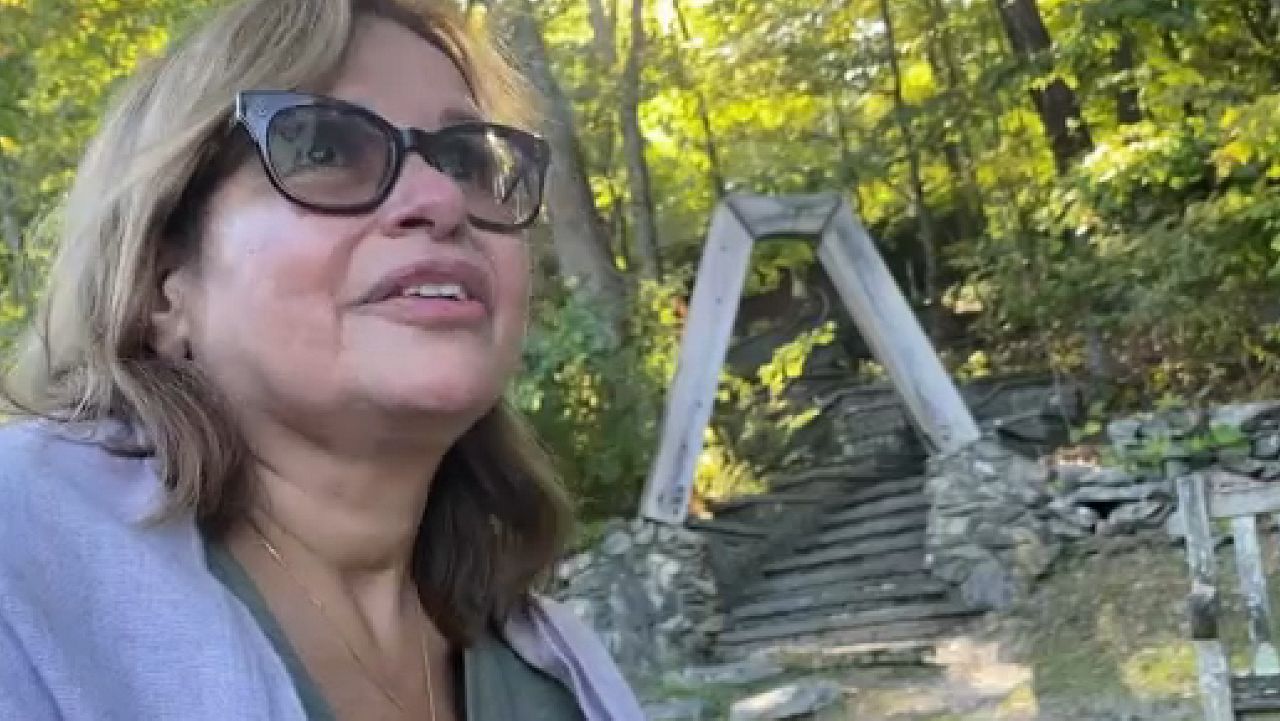 Located in the Hudson Valley, Camp Lightheart is dedicated to supporting kids during some of their hardest moments. The free sleep-away camp serves children of breast cancer survivors and children who have lost their mother to the disease.

Hope Nemiroff is executive director of Breast Cancer Options and founder of the camp.

"A mom called me and said, 'I'm going through chemo. I'm losing my hair. When I wake up in the morning, my child's asleep on the floor, next to the bed. Are there any services for children?' The answer was 'no' then and that was 2012. And it's still 'no,' except for Camp Lightheart," Nemiroff said.

The facility has become a safe and helpful space for children who may feel isolated and scared.

Thirteen-year-old Olivia Valencia attended Camp Lightheart, and said it allowed her to connect more with kids her age.

"They were so understanding and some of them were able to relate to what I was saying, which was just it was amazing because I've never been able to connect with someone over that," Valencia said.

Her mom, Roseann Valencia, is a breast cancer survivor. She said Camp Lightheart was really beneficial.

According to the state Department of Health, more than 16,800 women in New York are diagnosed with breast cancer a year and about 2,500 die from the disease.

Roseann Valencia first found out she was diagnosed in 1999.

"It came as a total shock because no one in my family had breast cancer," she said.

Roseann Valencia called her daughter a true miracle. She also said her daughter really connected with a counselor who lost her mother to breast cancer.

"And she told me, 'Mommy, they have a special tree.' And we we went to see the rock where, you know, Jesse's, there's a rock in honor of her mom. And she said it's a beautiful place. And this tree was very special to me," Roseann Valencia said.

Olivia Valencia said the camp helped create a tighter bond with her mother.

"I was even able to ask her more questions after going to this camp, which made me feel even, like, more like close to her," she said.

Roseann Valencia said despite her stage 4 diagnosis, she’s hopeful her fight will continue.

"When you're given that stage 4 diagnosis of metastatic cancer, you don't know what to do, right? And you know, who knows? One day, there will be a rock with my name, I don't know. How do you know?" Roseann Valencia said. "But my daughter knows that this place was just a very sacred place."