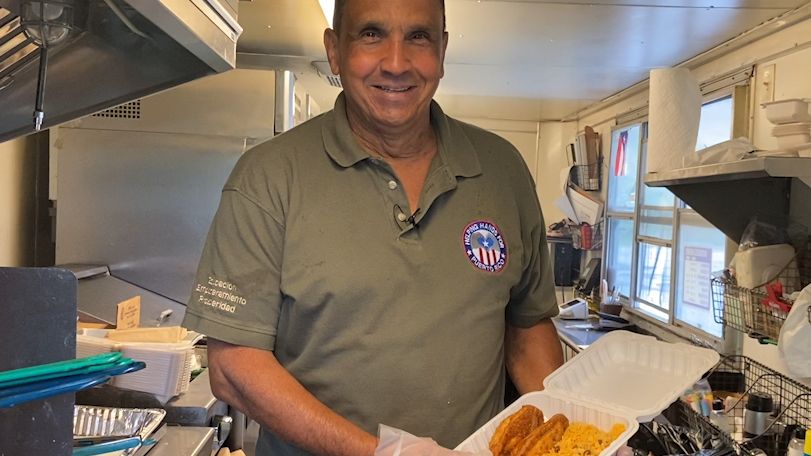 Even before Hurricane Fiona hit the island of Puerto Rico, Ruben Estrada and his team at Helping Hands for Puerto Rico had been coordinating recovery efforts on the ground to help the island’s people recover.

"Right now, we're dealing with Añasco and Yauco because both of those towns have been devastated," said Estrada, the cofounder and chairman of the Board of Helping Hands For Puerto Rico.

The nonprofit organization got its start after Hurricane Maria destroyed the island's infrastructure in 2017, killing 3,000 people. Ruben and some friends got together to brainstorm.

"They needed the water or they need light because there was no electricity, like now," said Estrada.

So they shipped water filtration devices and over 7,000 inflatable solar-powered lanterns to the island and organized groups of volunteers from across the United States to head to the island to help out.

And that was just the start.

They’ve had permanent boots on the ground in Puerto Rico since then, helping the island to recover by building homes and community resiliency centers.

"It's not like we went in and came out. The redevelopment and the renovation of Puerto Rico has been going on and we've been assisting that," Estrada said.

And now they’re helping the island recover again after Hurricane Fiona battered it over the weekend, knocking out power to the entire island, damaging roads and bridges and cutting off whole communities from aid.

"The devastation is so bad, it's almost like you never get to breathe in Puerto Rico. The bright light is there when the sun comes out, then you gotta worry about the next one that’s coming up," said Estrada.

When he’s not bringing a slice of the "Isla del ​Encanto" to the Hudson Valley, he’s working hard to make sure vital resources are getting to the people on the ground most affected by this latest natural disaster.

"Helping Hands started here. We met outside as a group to talk about, 'let's establish something that we can help Puerto Rico during Hurricane Maria,' and we did it came out of here," said Estrada.

Helping Hands For Puerto Rico is asking the public to donate whatever it can to their hurricane relief efforts, and they're looking for volunteers to head to the island to help out too.

For more information on how you can donate or sign up to volunteer, go to helpinghandsforpuertorico.org ​