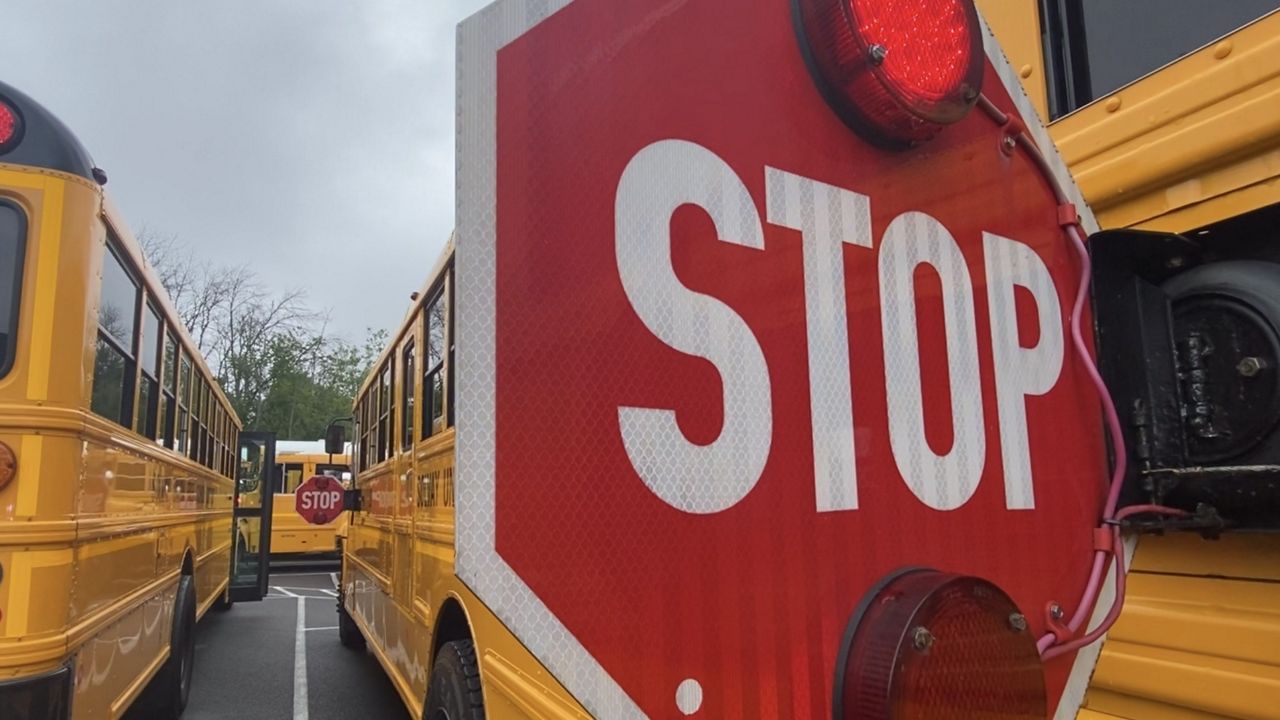 How to prevent accidents, tickets amid back-to-school traffic

With students headed back to school this week, law enforcement officers reminded New Yorkers to be extra careful on the roads, especially during the morning rush.

Law enforcement officials from across Onondaga County teamed up Tuesday to tell drivers that with school back in session, necessary changes to driving are needed.

They said people tend to get used to not having buses on the roads, or not following school-zone speed limits as carefully. That’s why they encouraged all drivers to put down devises when driving and make some extra time to leave the house early in the morning, knowing that buses will be on the roads, and school speed limits are in effect.

“That 10 minutes may be all that is needed to prevent a tragedy,” said Chief Derek Osbeck of the Solvay Police Department. “It’s easy to get into a new routine. It’s been three months since kids have been in school, so getting back into the routine of having buses in the street children crossing the road in front of us not having that extra time.”

Osbeck said it’s important for all of us to remember that whether we have kids or not, we play a key role in keeping them safe.

“School safety starts the moment they leave the residence until they return to their families in the afternoon,” he said.

He said the primary dangers to kids heading to and from school are distracted drivers and speeding, and emphasized the impact both have on a drivers' ability to react in an emergency.

“Put everything down in the car,” he said. “Distracted driving causes more accidents, as well as speeding, so combine speeding and distraction and you’ll never be able to react to the actions of a child should they dart out in the middle of the street.”

He said while he and his fellow officers understand the rigmarole that is getting out of the house in the morning, officers are encouraging everyone to do what you can to give yourself a little extra time so you don’t have to rush.

They said doing so could save a life.

“We know that it’s a rat race in the morning as a parent. We are never as prepared as much as you try, but doing as much as you can in advance should take out some of the burden of the panic in the morning, so that hopefully, that first day starts off the right way,” he said.

Officers are warning drivers that if you don’t follow the rules of the road, including school speed limits and stopping for school buses, officers will not be afraid to give you a ticket.