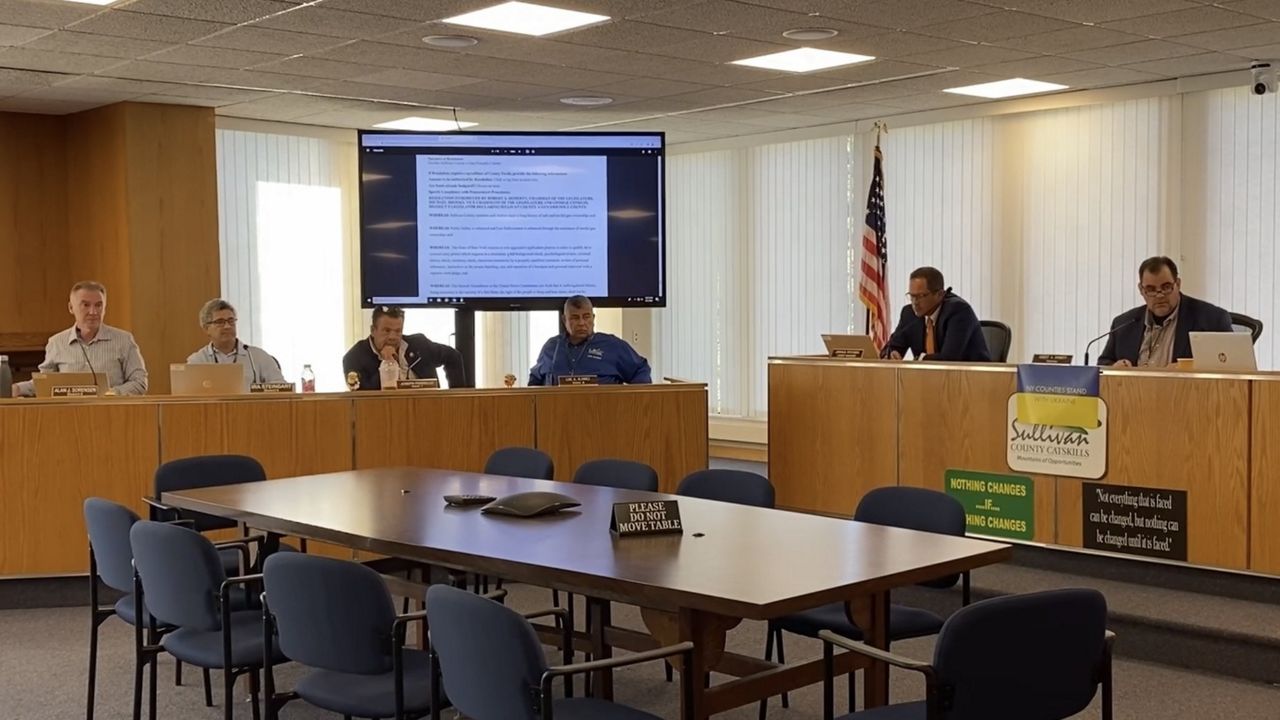 Sullivan County legislators called a special meeting to hear from community members and brief them about the new gun laws signed by Gov. Kathy Hochul earlier this summer that took effect this week.

“All the gun violence seems to happen in gun-free zones," a Delaware resident said. "Seems strange where guns are not allowed is where the most violence occurs.”

Star Hesse, a Sullivan County resident of more than 30 years, believes the state did the right thing by beefing up the laws.

She said the laws are necessary given recent incidents around the country.

“We all are just horrified by the rise of gun violence in the country and around the world,” said Hesse.

After hours of public comments, the legislature passed a non-binding resolution stating its support for the Second Amendment. It also directed the county manager to determine what county properties allow people to have weapons while on the premises.

The updated gun laws face legal challenges in the courts.