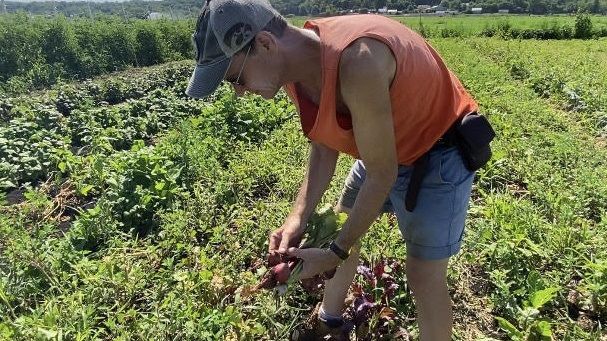 Congress passed the Inflation Reduction Act last week, and one Hudson Valley farmer’s voice played a big role is getting things moving. In addition to the obvious economic measures, debt forgiveness for small farmers was also included in the legislation.

Chris Pawelski owns Pawelski Farms, a four-generation family farm in the Black Dirt Region of New York. He said the weather has made farm life tough with drought, hail and massive floods having hurt his business over the years.

"The loans are crushing, and because of the loans, I'm not able to do any advancement in my business," said Pawelski.

In 2019, he went to Washington, where he pitched a proposal to forgive the debt of small farmers. He said he spoke with the offices of Sens. Bernie Sanders, Kirsten Gillibrand and Corey Booker, and Rep. Sean Patrick Maloney.

"Senator Gillibrand and Congressman Maloney were really key in this," said Pawelski. "They took the point as far as fighting for it in their respective chambers and making sure it was always included."

With their help, a version of Pawelski's proposal was included in the historic Inflation Reduction Act that passed in Congress and is headed to President Biden's desk to be signed into law. The bill includes $3.1 billion in debt relief for farmers facing tough times by reducing loan payments or balances.

"It's an opportunity to provide desperately needed debt relief to our local farmers," said Maloney.

"It's targeted to smaller family farmers, both economically and socially disadvantaged, and it's going to help them be able to continue to operate by forgiving their debt," said Pawelski.

He said it will help small farmers stay in business.

"Removing that debt burden is actually going to help out a great deal and enable us to continue and our children to continue that legacy," said Pawelski.

With climate change exacerbating weather disasters, he said small farmers will need more help than ever before. He’s looking forward to having his debt forgiven as he battles another difficult season with low yield caused by drought.

"To have this happen now, it takes a huge weight off," said Pawelski.