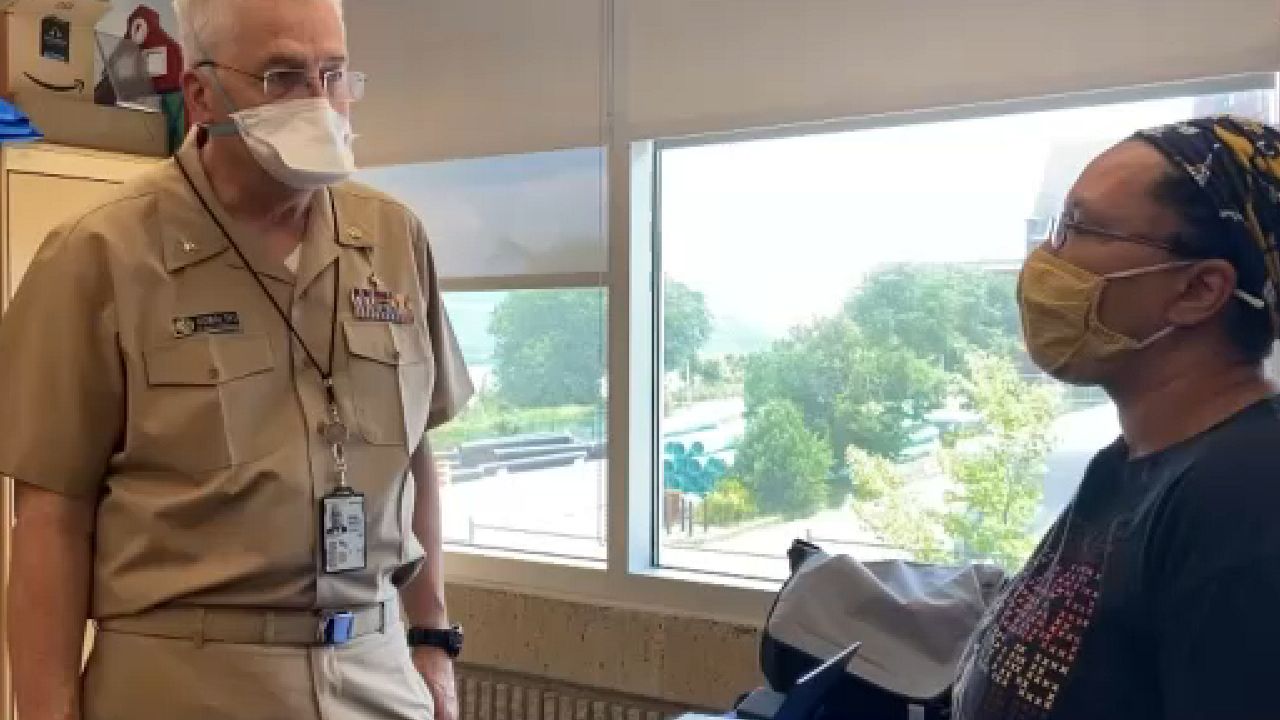 Pushing for answers — and clean water — in Newburgh and Hoosick Falls

PFAS are toxic chemicals that are called "forever chemicals," meaning if they enter the water, or your body, they're hard to get rid of.

Found in everyday items, they can get into water supplies and cause health issues ranging from cancer to kidney issues.

Rensselaer County residents in Hoosick Falls joined a multi-million dollar lawsuit, suing the company responsible for contamination there. In the city of Newburgh, people are pushing for answers, and clean water for their community.

If you're not a scientist, it’s not easy to make sense of the 44-page report regarding a Center for Disease and Prevention (CDC) study on exposure to PFAS chemicals for Newburgh residents.

"ATSDR (the Agency for Toxic Substances and Disease Registry) found that the levels of one particular PFAS compound called PFHxS were three times higher than the national average in the participants in the Orange County PFAS exposure assessment," said Peter Kowalski, team lead for the Exposures investigation team.

But on Wednesday, the scientists that worked on the study were all ears, waiting to answer any questions residents had about PFAS chemicals in their community.

"Many people are very thankful. People are rightly concerned about past drinking water contamination and having a man-made chemical in their body. I think providing info is helpful," Kowalski said.

With informational flyers printed in English, Spanish and Haitian creole, they will be stationed in the Newburgh Free Library again on Thursday.

They’re also sharing the findings of the study, which discovered there were no detectable PFAS chemicals in the city’s drinking water. They also found:

Jennifer Rawlison, a member of the Newburgh Clean Water Project Steering Committee, said she hopes more residents come out to get answers to their questions.

"Time is an issue, so I appreciate that there are multiple days, different times for working families," she said.

The researchers also hope to encourage more residents to participate in a follow-up study that will look at the health effects of PFAS chemicals in Newburgh and Hoosick Falls, which has grappled with the problem of contaminated drinking water.

"The multi-site PFAS health study is enrolling participants who have lived in the city of Newburgh or Hoosick Falls New York anytime between 2005 and 2016," said Jordan McAdam of the SUNY Albany Multi-Site PFAS Study.

They want to recruit 1,000 adults between both locations and 300 children, but they’ve only reached 20% of their goal.

"This is an ongoing issue and with everyone contributing just a little bit of time, we'll have lasting conclusions about those health questions that everybody has," Rawlison said.