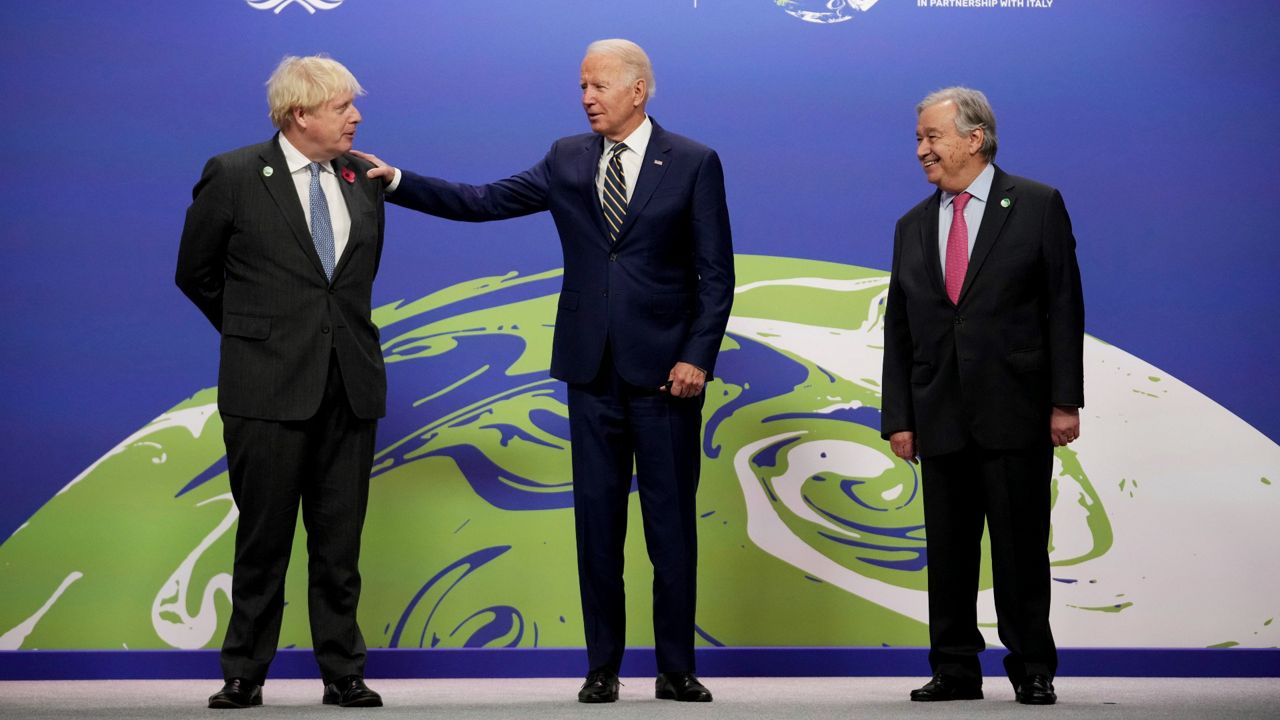 COP26 eight months later: Where do things stand in the climate change fight?

It comes over seven months after world leaders pledged action at a climate summit in Scotland.


So, has any climate progress been made since last fall’s gathering in Glasgow, and what challenges remain?

In the long-term fight against climate change, an immediate crisis has complicated matters.

The war in Ukraine has sent European nations scrambling to replace Russian oil with other energy sources — including coal, a major producer of greenhouse gasses.

Climate activists, like Cherelle Blazer, call it a setback, but also understandable.

“If we can keep ourselves from being locked into dirty fossil fuels for the foreseeable future, then I don’t mind this little bump momentarily because it’s a humanitarian crisis,” Blazer, who serves as senior director of the Sierra Club’s International Climate Policy Campaign, said.

While there, they made a host of pledges, from reversing deforestation to phasing down coal.

In the months since, though, evidence is emerging that countries are not immediately abiding by their promises.

However, Jackson Ewing with Duke University’s Nicholas Institute for Environmental Policy Solutions argues this is not necessarily a surprise. He said countries will respond to their perceived needs — at least in the short term.

“In the coal sector, we’ve seen China ramp up its coal mining capacity in the year and in the months since Glasgow, in part in response to its continuing ban on imports of Australian coal, a quota on exports of coal from Indonesia,” he said.

Ewing expressed some optimism about the progress the international community has made overall.

“We see planning, particularly in countries like China that see relatively modest plateauing of emissions growth through the 2020s, followed by quite a precipitous decline from 2030 onward,” he said.

The U.S. and the Climate Fight

Many of Biden’s climate goals depend on hundreds of billions of dollars in climate investments. The money was included in his Build Back Better plan — but that bill stalled on Capitol Hill.

Senate Democratic leaders say talks are underway to revive a scaled-down version of the Build Back Better plan, but details are far from completed. With the clock ticking, they have little time.

Biden, meanwhile, continues to publicly tout the need for climate action, pointing to the follow-up climate summit scheduled for this fall in Egypt.

“We have to dedicate ourselves — as we look forward to it - to delivering on existing goals and undertaking additional efforts to boost our progress,” he said at a recent event.